From the Madison Public Library clippings files: Regent Street extension beyond Rosa Road, another bad idea left on the drawing board 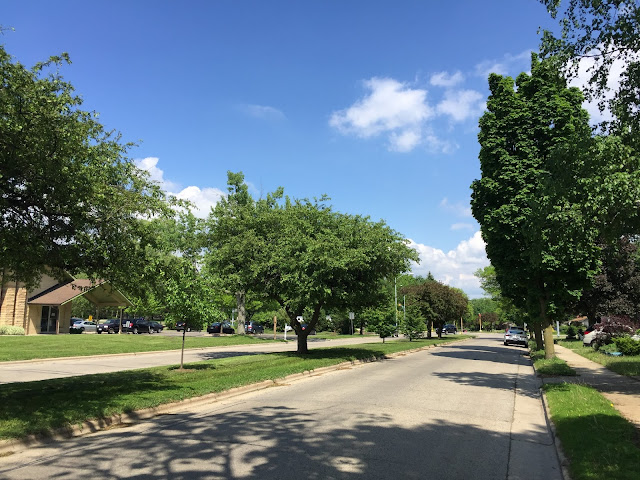 From the terrace, looking west toward Rosa Road.  In 1960, Regent Street would have ended at the point not far beyond where the pavement disappears behind the trees. 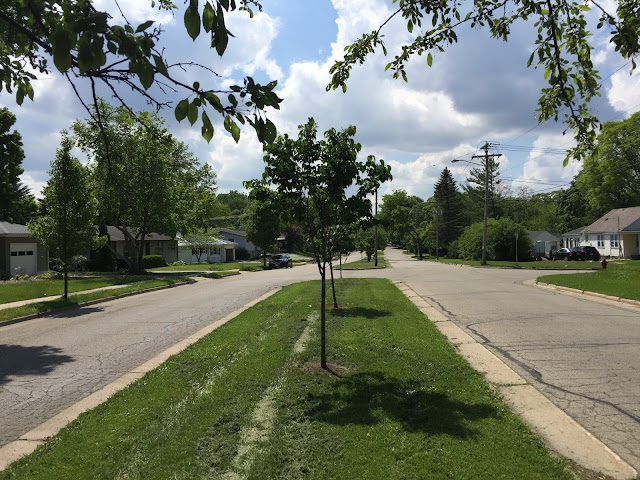 From Regent & South Kenosha Drive.  Based on the 1960 aerial photo,  the 1960s extension begins up the hill. 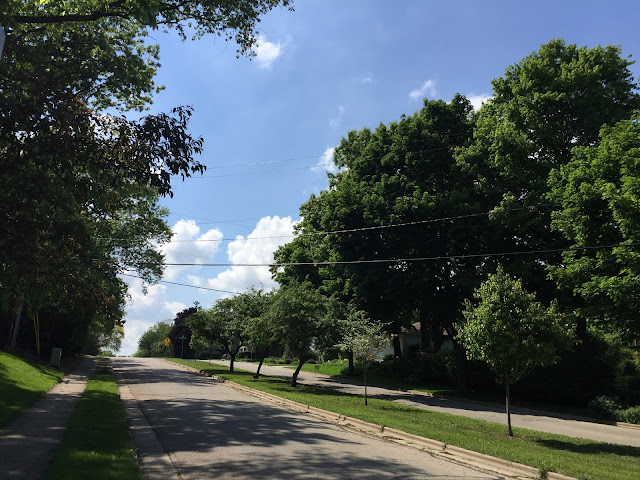 Looking at the intersection of Regent Street and Rosa Road, the point at where the early 1960s extension ends. 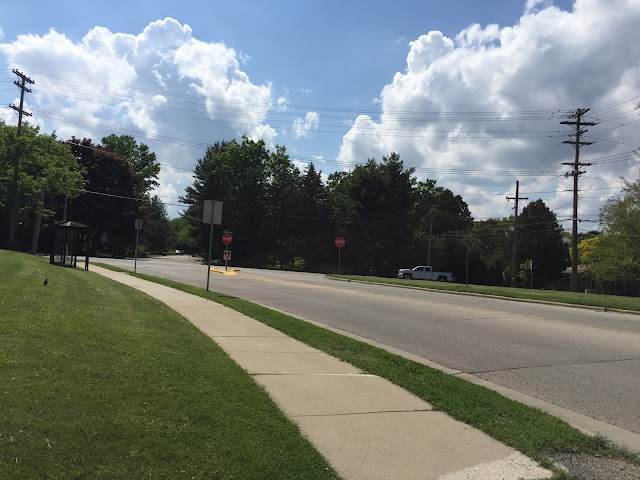 Where Anchorage Avenue, orange arrow on map below, ends. 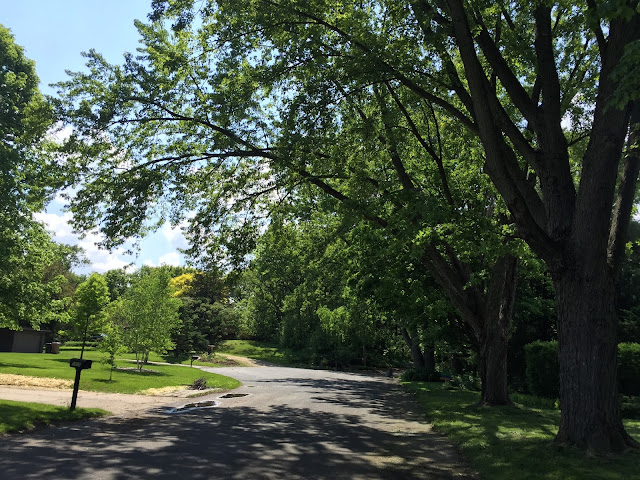 A gulley west of Rosa Road kept Regent Street from becoming a major arterial to the west.  Its extension would have probably extended in the direction of the yellow arrow, continuing into the Faircrest neighborhood, most of which developed in the late 1960s and early 1970s.

Related post:
From the Madison Public Library clippings files: Drake Street extension, a bad idea left on the drawing board.  (5/26/2017)