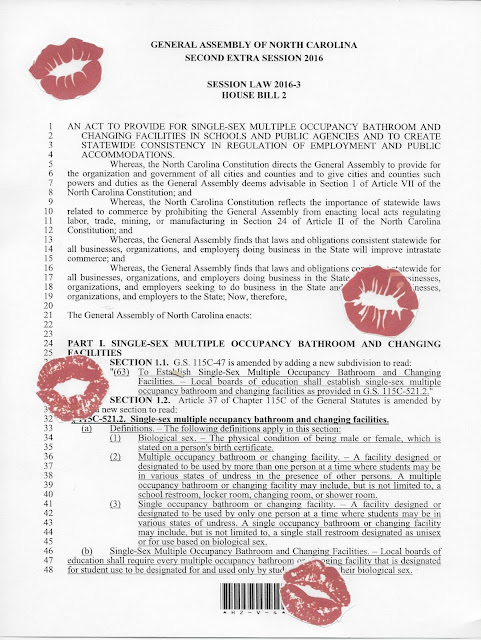 Link to unsmudged copy of HB2


In his previous efforts to defend the law in the court of public opinion, Mr. McCrory argued that out-of-state interest groups and news organizations were stripping the law of its context and besmirching North Carolina’s reputation. Mr. McCrory complained about “a vicious, nationwide smear campaign” in late March.


An instrumental track from Phenomenon (1974), my favorite UFO album.  (Obviously, I take issue with this review.  But then Eduardo was 4 years old when the album was released.) 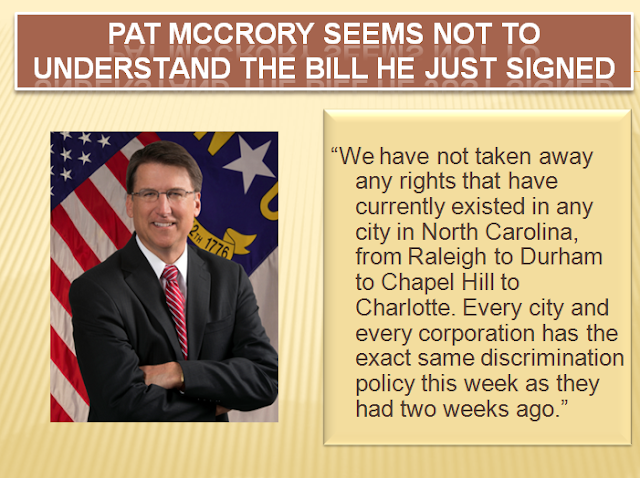 As quoted in Thanks to North Carolina’s anti-LGBT law, 13 conventions have decided to take their business elsewhere.   (DeadState, 4/10/2016) 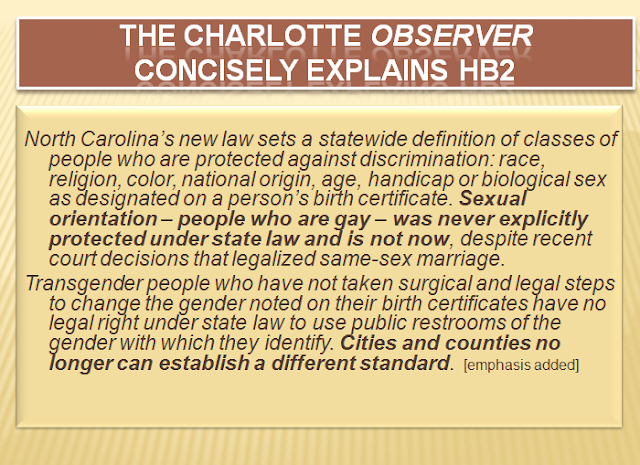