Donald Trump, who previously had shown a masterly ability to deflect controversies that would have sunk most candidates, has struggled to move beyond condemnations of his racially tainted comments about the federal judge who is hearing a civil fraud case against Trump University.

Top Republicans in Congress openly challenged his remarks Tuesday. Conservatives, moderates, and evangelicals alike backed away from him. And Trump continued to display combativeness when reconciliation and contrition might have been wiser choices. 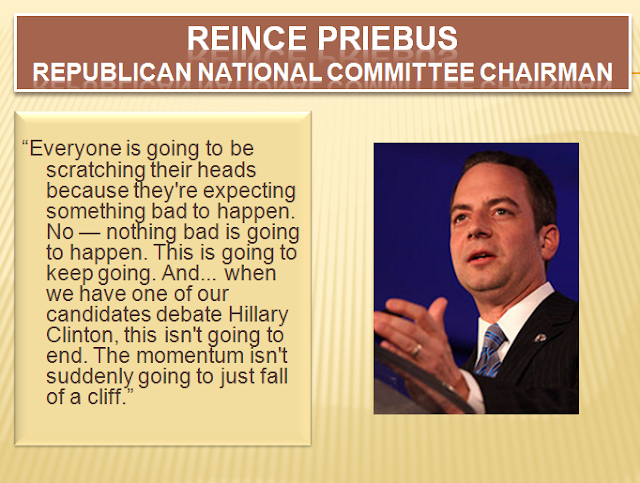 As quoted in RNC chair Reince Priebus: 'Nothing bad is going to happen'.  (Milwaukee Journal Sentinel, 3/26/2016)

If that's the case, why are so many in Priebus's party looking for this guy?


In recent days, Donald Trump has launched an intense PR campaign accusing the RNC of stacking the deck against him in a series of delegate contests that he’s decried as “rigged." RNC Chairman Reince Priebus has aggressively pushed back in tweets and nationally televised interviews.