From the look of the roof and driveway, not to mention the lack of landscaping, the house, built in 1936, appears to be in a state of creeping neglect.  Not your typical Nakoma residence, in any state of (dis)repair. 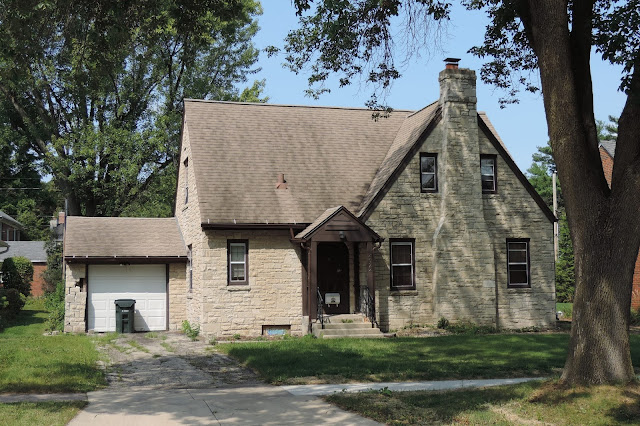 There goes the neighborhood!
"They're feeling the destruction of the neighborliness of the neighborhood and hostility as people are coming in and taking advantage of the style of life that's been established for 50 years or more here, and basically ruining it," he [Nakoma resident Todd Bender] said. 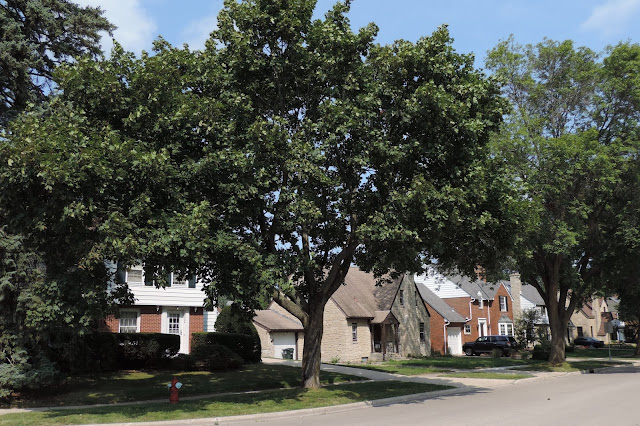 The Nakoma Golf Club is across the Way. 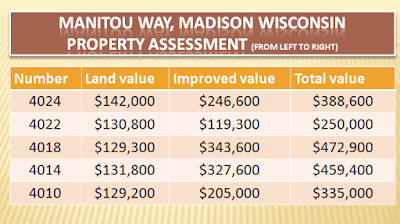 
Nakoma was platted in 1915 as a picturesque suburb in the country with winding roads, its own water system, its own private bus service and substantial lands set aside for parks, tennis courts and a golf course. To make this new suburb more appealing to families, the developers even replaced the old schoolhouse with a new grade school in 1917 and built the Nakoma Country Club in 1921. It was one of the most prestigious neighborhood's of its time as it is today. Some of the finest examples of Colonial, Greek, Tudor Revival, French Provincial, and Prairie style homes are located in Nakoma.