On their way to Buffalo 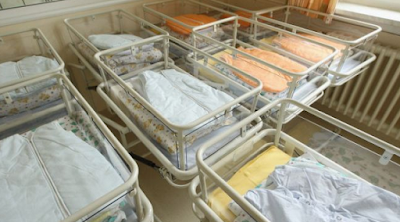 Can a blizzard cause a baby boom? A Buffalo hospital says yes, but statisticians aren’t so sure. (Washington Post, 8/13/2015)

Deliveries at Mercy Hospital are expected to be up 25% this month.


Now a Buffalo maternity ward is dealing with a different kind of blizzard. Officials at Mercy Hospital told the Associated Press they’ve seen a “mini baby boom,” as the AP described it, almost exactly nine months after the “Snowvember” storm.

You know, those nine months.

“Nowhere to go, nothing to do,” new parents Jason and Stephanie Brueggeman said of those chilly November days. Their daughter Grace Elizabeth was born this week, slightly ahead of the storm-induced rush.


Snopes on the 1966 Great Blackout of New York baby boom.