Concerns overs cuts to UW-Manitowoc? Nah, Rep. Tittl wants us to be able to drive 70 mph


The quicker to leave behind the damage Governor Walker is doing to this state? 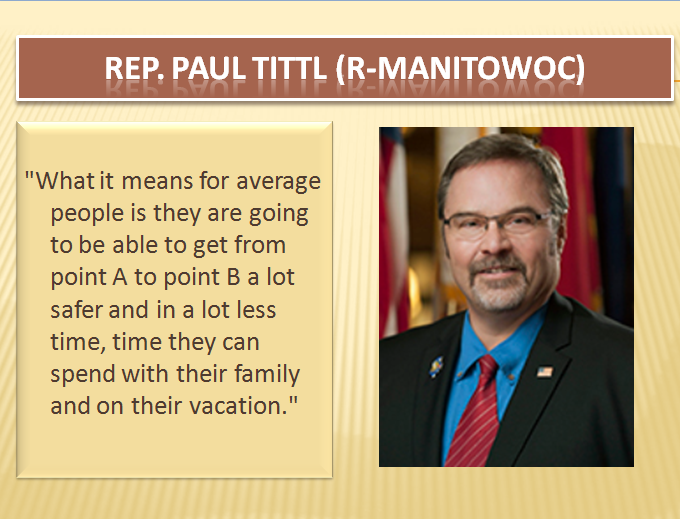 
Under the deal, the state Department of Transportation would decide which major highways in the state would be bumped up to 70 mph but could not raise the limits on roads with at-grade crossings.

If I drive 70 miles per hour, let alone the current legal speed limit of 65, on any of the above limited-access highways, I'm likely to be among the slowest-moving vehicles on the road.

Tittl has made the same observation.


Tittl has argued that effectively motorists here are already driving at 70 miles per hour or higher.