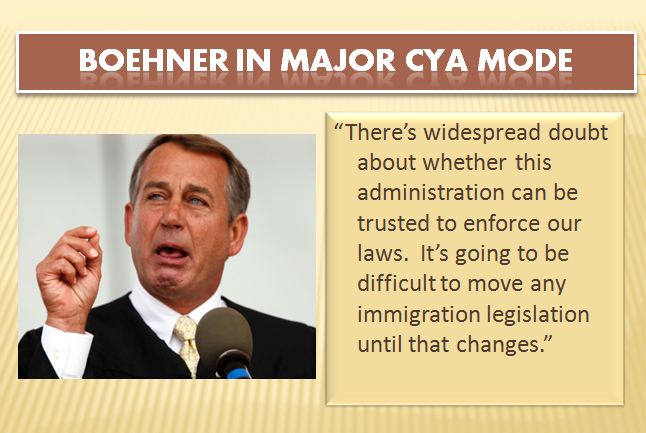 The tail wags the dog (emphasis added).  As House Republicans embarked late last month in luxury buses for their retreat on the Eastern Shore of Maryland, their ears were already ringing with angry phone calls. Heritage Action, the political arm of the conservative Heritage Foundation, was imploring its members to flood the Capitol with warnings to accept “no amnesty.”

Not to mention these happenings.