Is This Really Such a Surprise?

Based on this 2010 mapping of Tea Party groups.

Remember, the Tea Party didn't exists prior to February 2009. 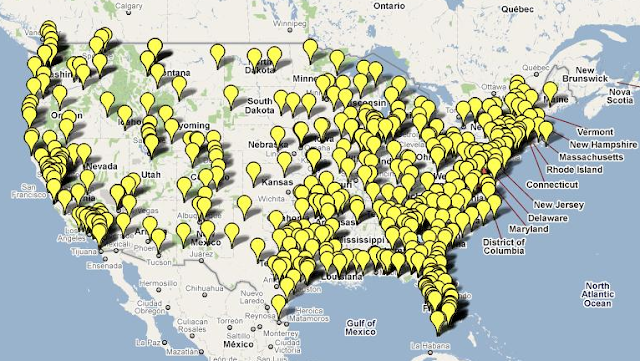 Republican leaders began trying to use the party to rally opposition to health-care legislation and generate support for Republicans in the 2010 midterm elections. Sen. Jim DeMint (R-S.C.) in particular has embraced the tea party. But some Republicans remain wary, worried that tea party candidates could prove hard to manage if they are elected.  [Emphasis added]
Posted by Retiring Guy at 7:44 AM