Let's Do the Math at the Cuyahoga Falls Library

First of all, that 7 million nickels. 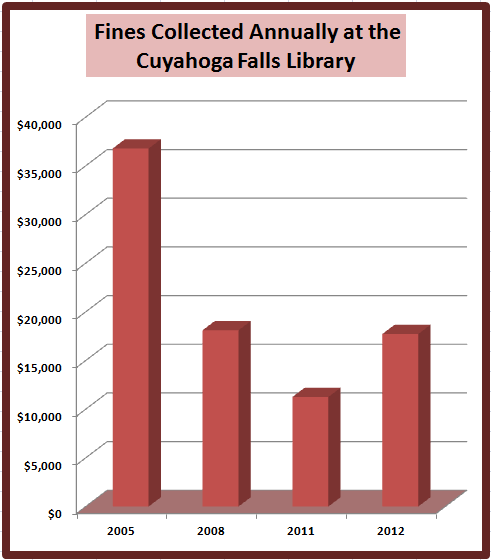 How do you not implement some checks and balances after 2008?

Here is what's set forth in the article.


So that got me to wondering.

Apparently, Karm had her fingers in more than one till, so to speak, as she is accused of theft in office for stealing money from the library for such things as overdue books or printer costs paid by patrons.

Hmm....maybe the Friends of the Library want to audit their books.

Hope the library doesn't have to pass a levy anytime soon.
Posted by Retiring Guy at 5:20 PM