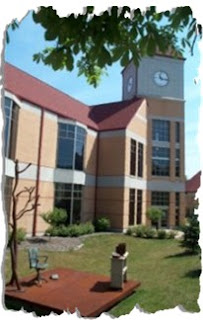 West Bend Parents for Free Speech held a two-hour petition signing at the library hours that generated a steady flow of supporters. By the conclusion of the signing period, about 200 signatures were obtained. The group has also generated 155 signatures on its Web site as of 9 p.m. Wednesday.

The group was formed this month by West Bend resident Maria Hanrahan, in response to a petition being circulated by Ginny and Jim Maziarka, of the town of West Bend, and their newly formed group, West Bend Citizens for Safe Libraries.

Looks like a weekend of dueling petitions for West Bend area residents. Let's hope that Maria's efforts reach the widest audience.
Posted by Retiring Guy at 8:11 AM