Red, but not totally into that Trump's America thing: Deschutes County, Oregon, where old white men live in the past


Instead, a group is seeking to change the map itself, so that most of Oregon and a chunk of Northern California would break off and join Idaho, a Republican-majority state. "Move Oregon's Border For a Greater Idaho" succeeded in getting petitions approved for circulation in two rural Oregon counties this month. This is only the latest separatist cause in Pacific Northwest history to spark popular interest, despite being practically infeasible for a long list of legal, political and economic reasons. 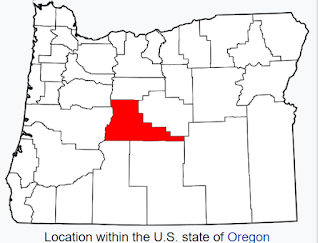 Bend is the county seat of Deschutes County. 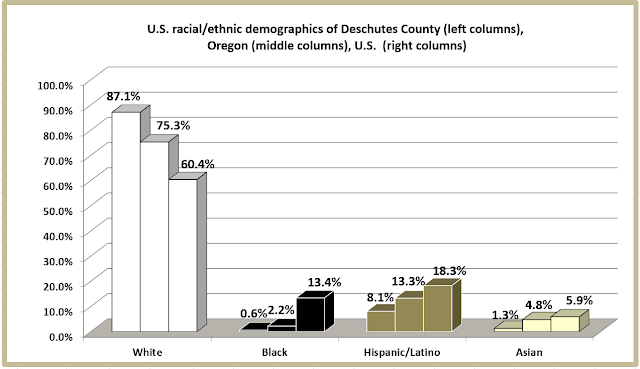 
A Democratic candidate for president has never won Riley County.  Maybe in 2020? 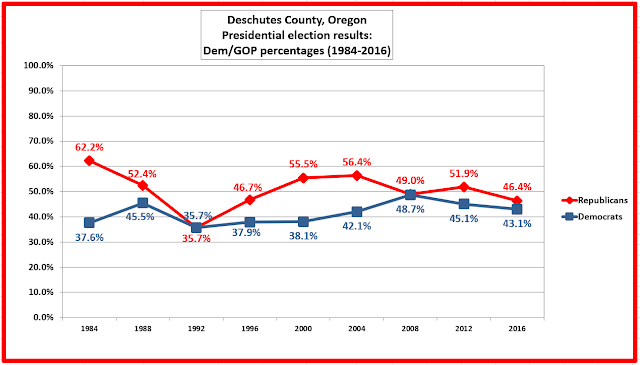