While wrestlng in the mud with his own racist, sexist, and nativist demons, Lindsey Graham tells Donald Trump to aim high 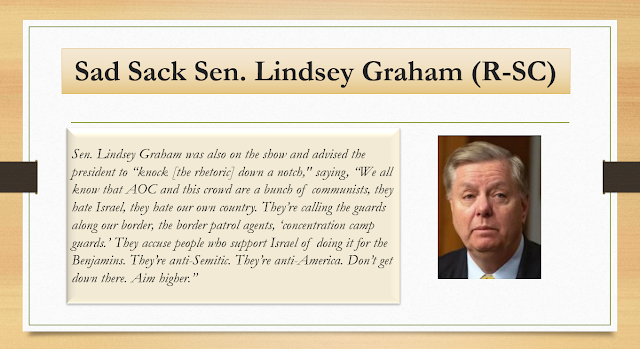 According to Merriam-Webster, the first known use of 'sad sack' occurred in 1943.


On Thursday morning, we got hard evidence that proves a) why Graham is playing so nice with Trump and b) that it's working. A new Winthrop Poll shows that almost three in four Republicans and Republican leaners (74%) approve of the job that Graham is doing in the state. That's similar to Trump's 82% job approval rating among South Carolina Republicans in that same poll.


Someone with no principle, in other words.