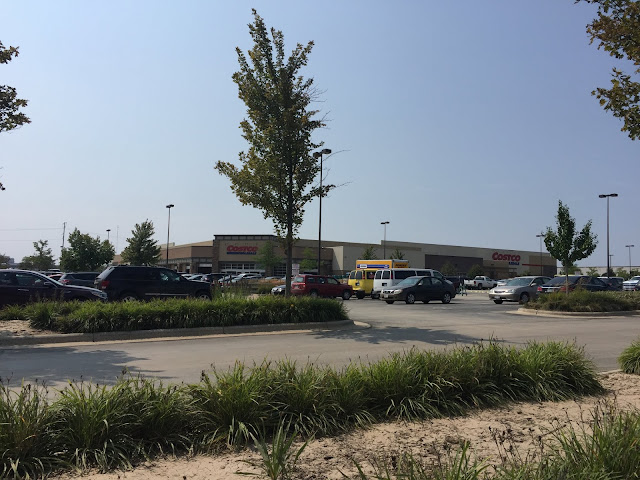 
Reported 3 days ago.   About a foot of water covered the sales floor Monday and Tuesday after heavy rains swamped the region but the store also lost power for more than 14 hours. That meant that any frozen or cold items had to be discarded. Food from the deli and bakery were also tossed along with other non-food items that may have come in contact with the water, Koza said.

It’s unclear if the 153,000-square-foot store will open early next week or later in the week.

“We just don’t know. There’s a lot of work being done and the goal is to be open as soon as possible,” Koza said. “We lost some of everything.” 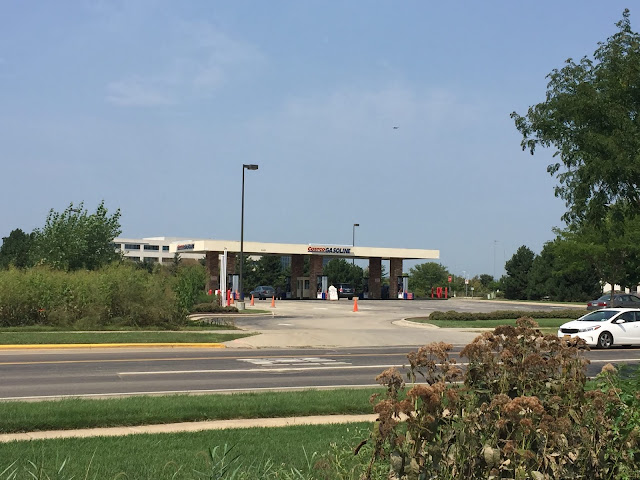 Top priority?  That would be the street.  Sidewalk awaits its repair turn. 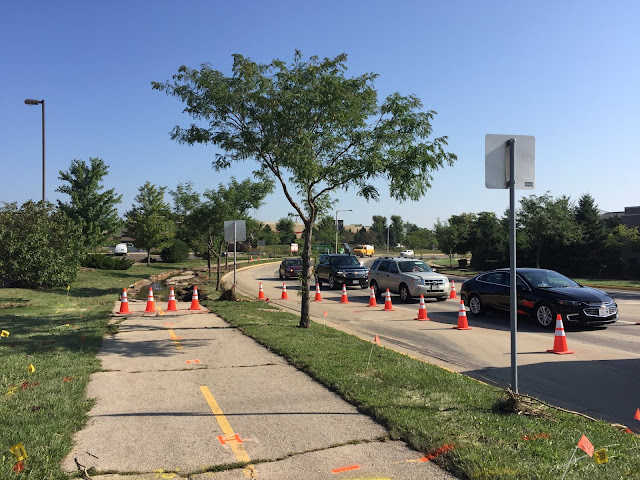 The water is not nearly as wide -- returning to rivulet status. 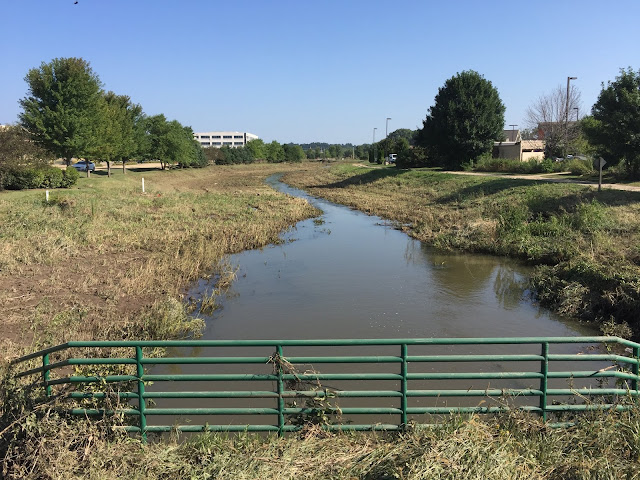 What a diff'rence a day or two makes 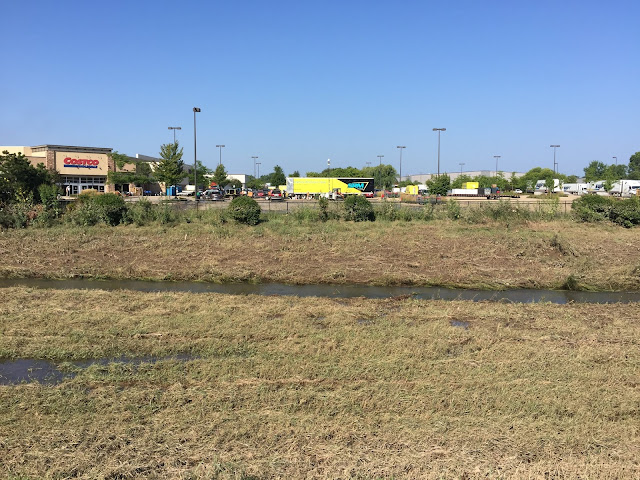 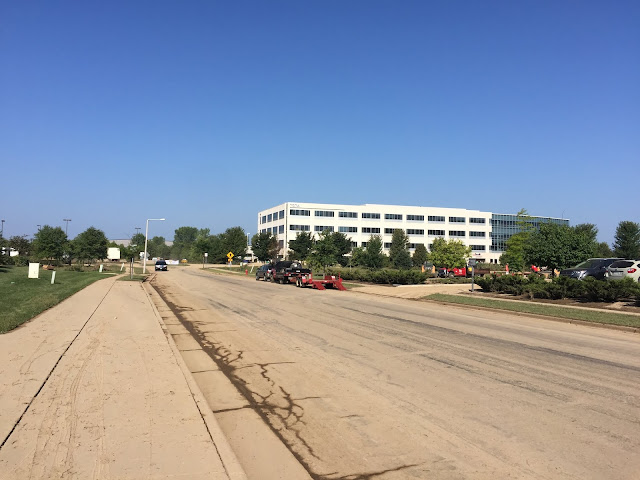 A top priority will be to repair this stretch of Deming Way, a major access route for Costco and UPS.  (Some Costco employees, mostly, and shoppers spent Monday night at the Middleton store as they were stranded.  Costco wasn't the only business to show such hospitality.) 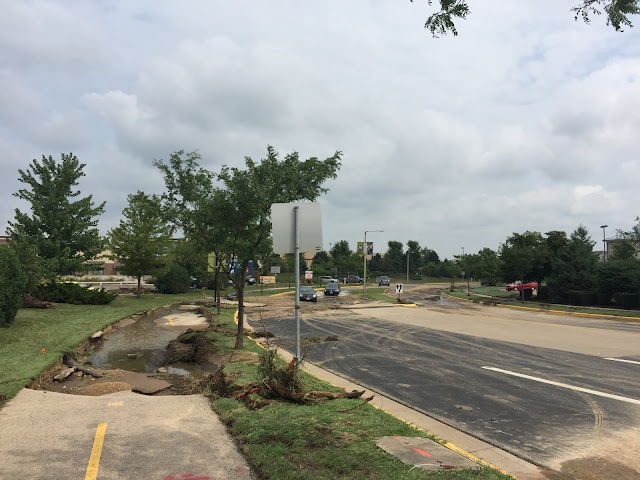 Under normal circumstances, there is at most a rivulet of water to be seen in this stormwater detention system.  Nearly 12 inches of rain created a river. 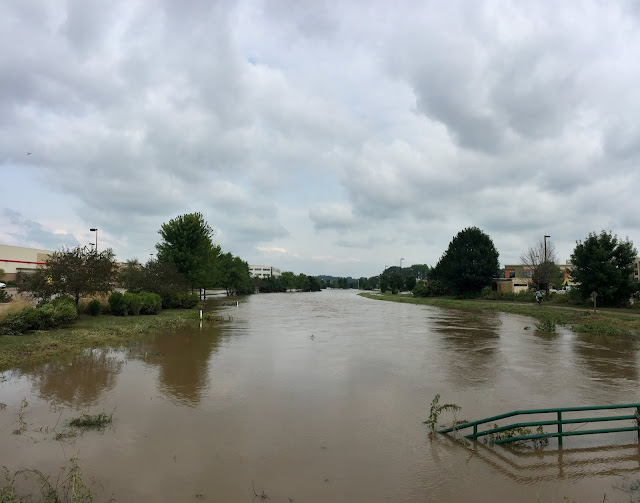 Photo above taken at lower red arrow.  Photo below taken at red arrow pointing to left. 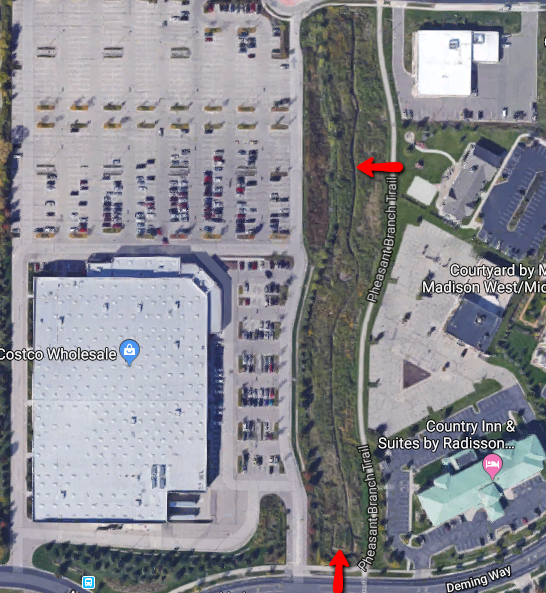 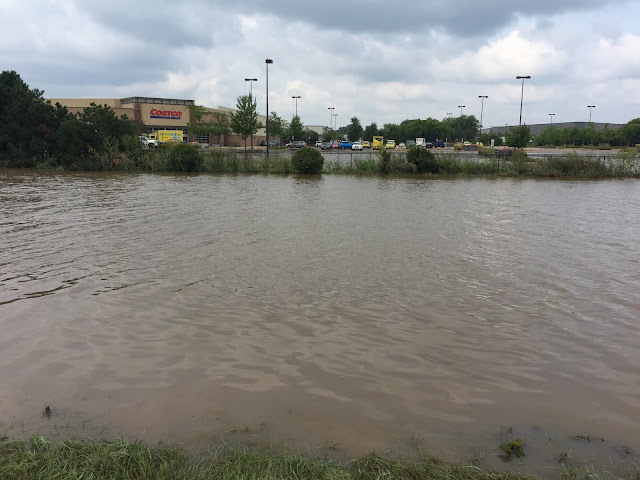 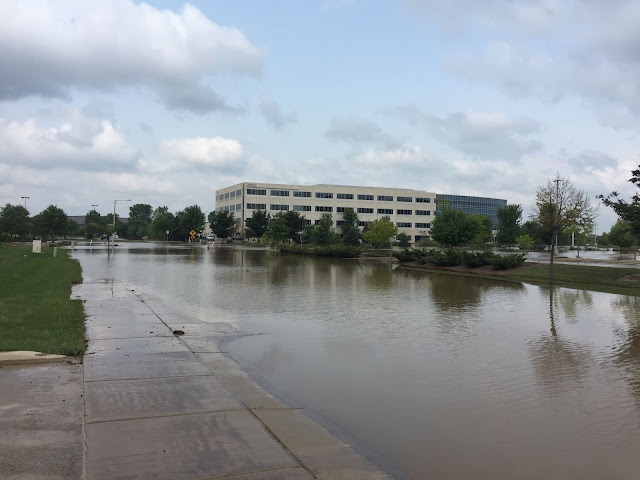