Rep. Reid Ribble and I have something in common 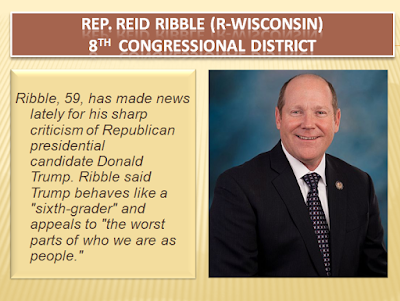 An open seat in Wisconsin's 8th Congressional District
Ribble won each of his 3 elections to the U.S. House with increasing margins of victory: