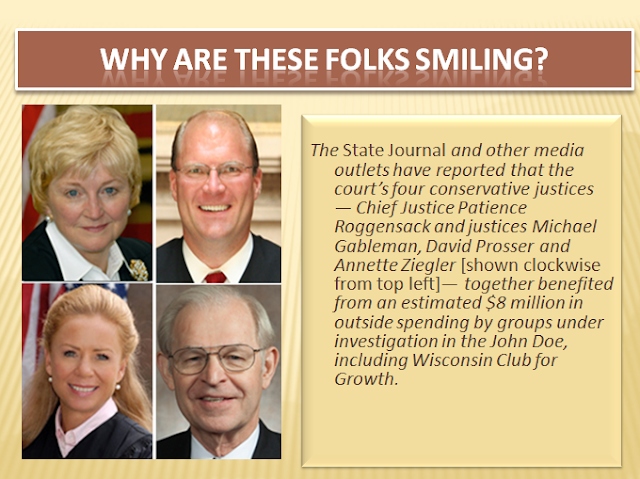 
Wisconsin Manufacturers & Commerce, Wisconsin Club for Growth, and Citizens for a Strong America—all of which are reportedly embroiled in the John Doe--together spent more than $8 million in support of Justice Patience Roggensack, Justice Annette Ziegler, Justice Michael Gableman, and Justice David Prosser.

“It boggles the mind that these justices are essentially saying that they can somehow be impartial when these parties to the case have been stuffing their pockets with huge wads of cash,” says Matt Rothschild, executive director of the Wisconsin Democracy Campaign. “This doesn’t pass the smell test.”