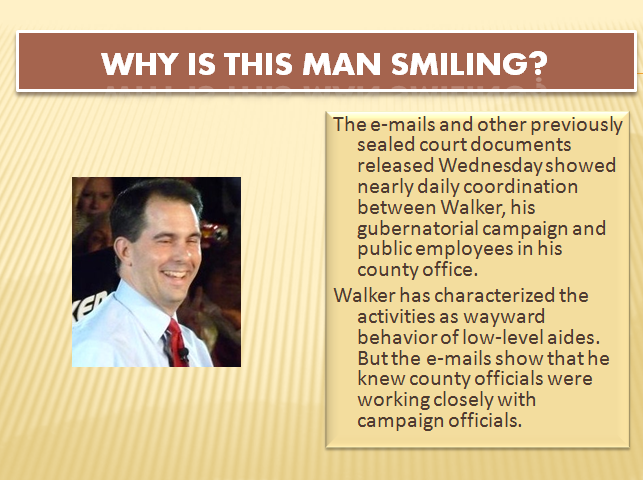 Even if Walker emerges from the e-mail release unscathed, he faces an additional inquiry from state prosecutors, who are believed to be looking into whether his successful campaign in a 2012 recall election illegally coordinated with independent conservative groups that poured millions of dollars into Wisconsin

With the lawsuits and press campaign of "stop picking on me" there have been billows of smoke coming from there.