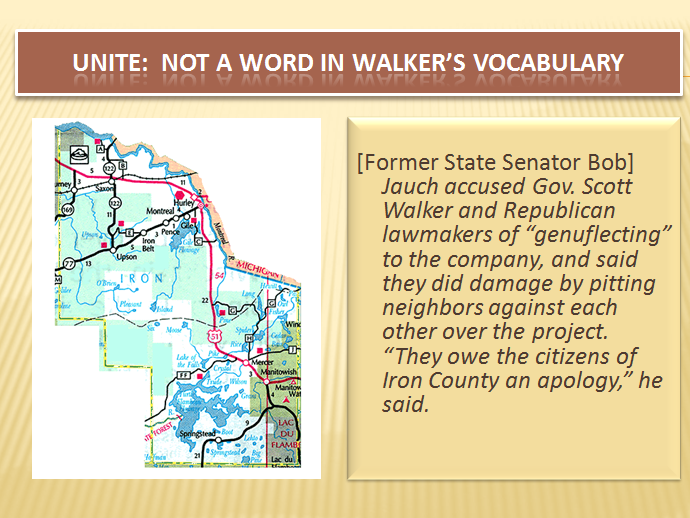 As Bob Jauch also notes,
“This company manipulated the public, bought the Legislature and co-opted them into participating in one of the biggest scams in Wisconsin history.”

The direct  Gogebic Taconite contributions to state legislators and candidates for office. 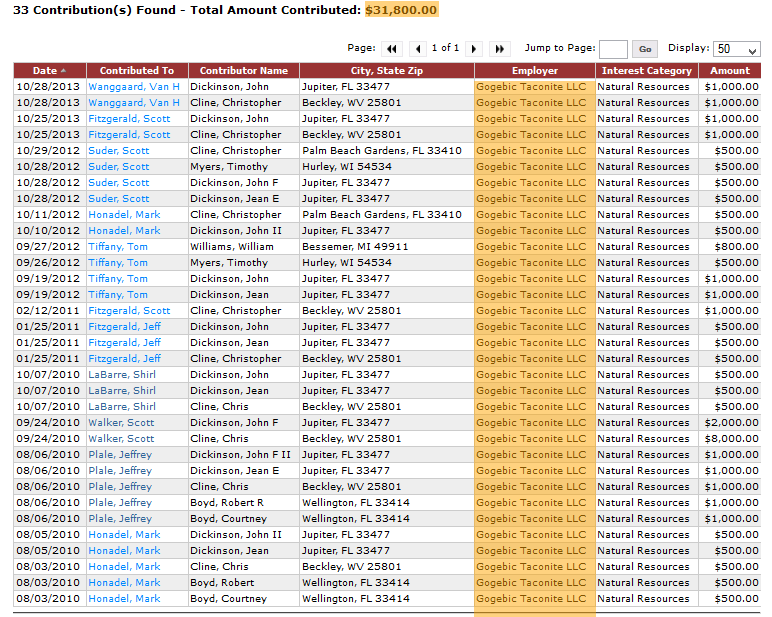 There was lots more where the above came from. 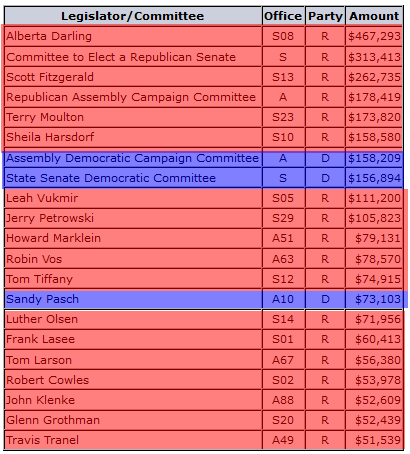 
As documented by the Wisconsin Democracy Campaign, special interest groups that support the mining bill "have contributed $15.6 million to the Republican-controlled legislature and GOP Governor Scott Walker" between 2010 and June 2012. They also found that mining deregulation interests outspent opponents of mining deregulation by 610 to 1. [Emphasis added]