When Marveling Over Athleticism, They Mean The Team Other Than Wisconsin Has More Black Players On Its Basketball Team

A double dose of athleticism.

Capital Times, 3/25/2014
Speaking in code.  After the University of Wisconsin men's basketball team defeated Oregon Saturday night in the third round of the NCAA tournament, a sports columnist for the Oregonian newspaper had some harsh words for his hometown team.

But in order to rip his local team, John Canzano belittled the athleticism of the Badgers players. 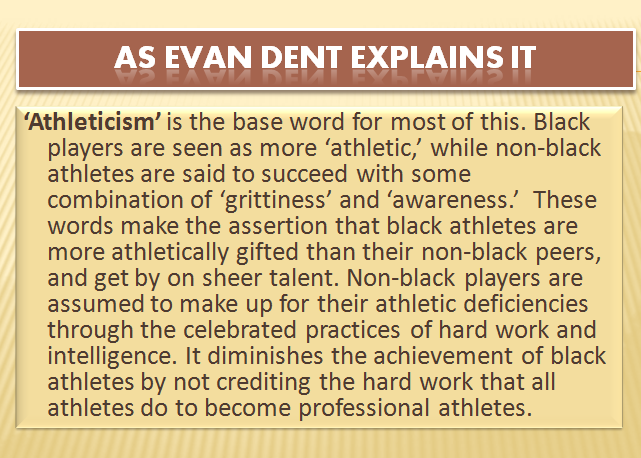 Double down on your stereotypes.  With this mind, it's probably not a good idea to use "athleticism" and "length" in the same sentence.  Hell, during the same interview.

Once a player gets to that level of competition natural athletic ability will not carry them forward.