There Really Was Something About Mary

As a popular baby name for girls. 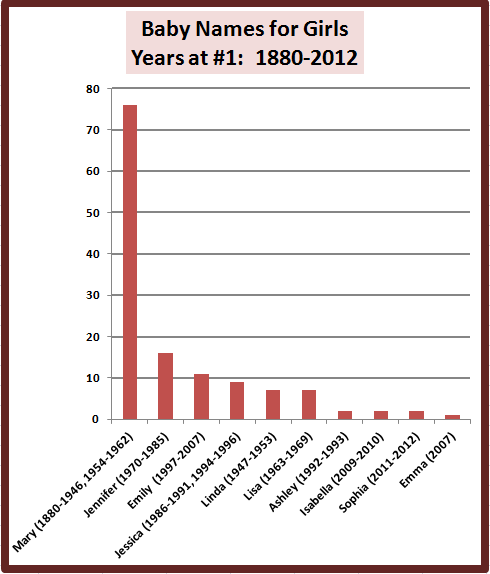 Excerpt:  Most baby names hover at a consistent popularity. A quick tour through the Social Security baby names website reveals that Emily sat in the top spot from 1996 to 2007. Before that, Jessica and Jennifer enjoyed similar long stays at #1.

Here's a table that shows the top 10 most popular boys and girls baby names in 1949, the year that Retiring Guy was born, and their current rank as determined by the Social Security Administration.

Compare this to the girls' names 63 years later, Mary is the best performer -- at #123. Otherwise, none of the names is in the top 600, and Carol is perilously close to falling off the chart.

How many boys' names have held the top spot? 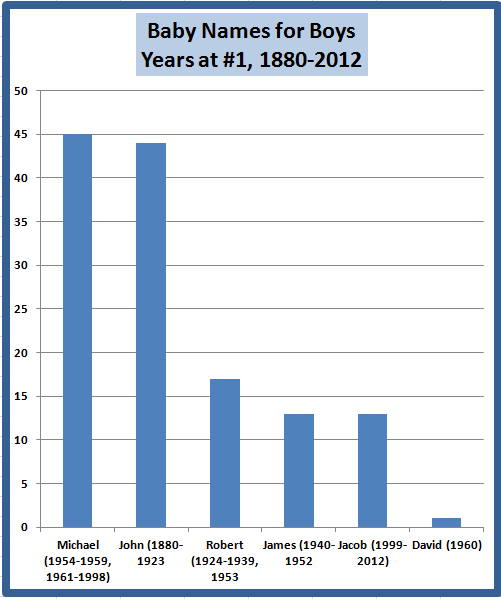