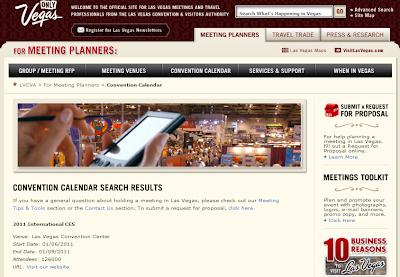 Excerpt:   The 2011 International Consumer Electronics Show won’t officially begin until Thursday, but Las Vegas convention halls are abuzz with talk of products to be unveiled later in the week.

For more than a decade, Las Vegas has played host to the world’s largest technology show, where thousands of companies showcase their latest and greatest products. The VCR was one of the first breakthrough technologies introduced at the show in 1970, with more recent product releases including the Xbox, Blu-ray and HDTV.

But among the thousands of products showcased this week, only a handful will make it into consumers’ hands during the next year. The rest will hang in limbo as ideas. During a CES preview event Tuesday, Consumer Electronics Association research analysts discussed their picks for the top trends on this year’s show floor.