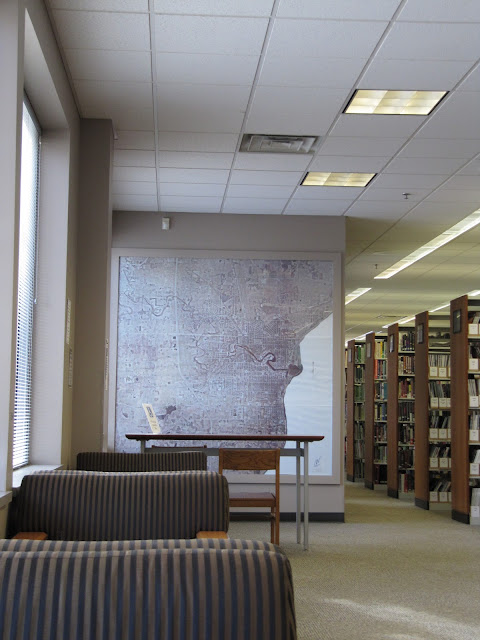 The Manitowoc Public Library also provides
comfy seating for wi-fi use.
Link to July 11 Herald-Times-Reporter article, "Manitowoc library installing new public-access computers. System will be set up to save energy".

Excerpt: [Outreach and Development Manager Rachel] Muchin Young said the 30 monitors will run off of about seven processors, saving energy. Upgrades of computers will occur simultaneously and while the library is closed, so they will always be available to the public during the day.

The computers are funded by a $7,800 grant from The Bill & Melinda Gates Foundation, $10,000 from the Manitowoc Public Library Foundation and $2,600 from the library's 2010 operating budget.

"As we know, obviously computers have a shelf-life shorter than what we would like them to have, and it was time to replace many of the computers," she said. "Many of them are older and don't have sufficient memory or programs. If you come into the library now, you'll see some are occasionally not working and that's not a situation we like to have."
Posted by Retiring Guy at 10:00 AM