Retiring Guy Remembers When He Had a Much Bigger Appetite

On Friday, October 10th, I was served this outsized portion of an outstanding, old-school chicken parmigiana at Luciano's Ristoranti in downtown Ludington, Michigan. 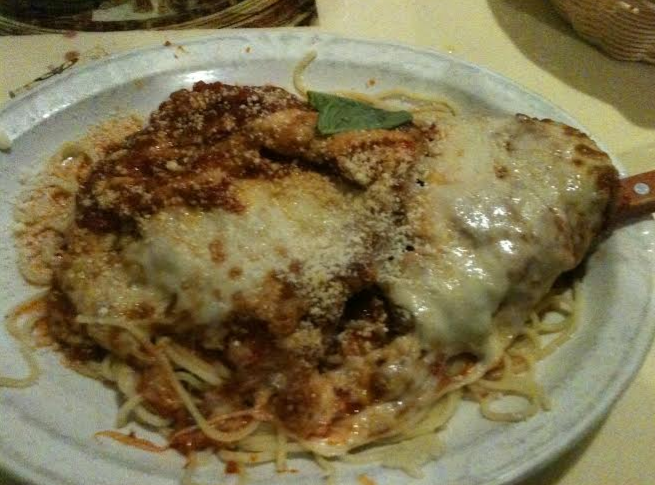 When the waitress placed the dish in front of me, I thought I had been transported to a hole-in-the-wall Italian restaurant, the name of which is long forgotten, in Boston, 1971.  (The same visit during which I saw the Grateful Dead in concert for the first time.)

Back then, I would have cleared the plate with ease -- and still had room for cannoli.   Forty-three years later, I reluctantly had to put down my fork at the halfway point.

I wonder if they would have served me a senior portion had I asked, especially since my wife and i weren't in a position to take our leftovers with us.

The following evening, we dined at O'Reilly's Irish Pub and Restarant in Mackinaw City, Michigan. and I was served this mountain of lake perch, lightly breaded and deep-fried to perfection. "You know, Hon, we could have easily shared this entree," I noted.

Once upon a time, I would have chowed down the entire serving and asked for seconds, as a group of friends regularly did on Fridays at Mr. Elmer's in Oshkosh.  Best deep-fried haddock and potato pancakes ever.