At this time, members of WLA’s Library Development & Legislation Committee and Department of Public Instruction/Division for Libraries & Technology staff are monitoring the progress of Gov. Walker’s 2013-15 executive budget.

We are especially paying close attention to the following items:\

This provision is not included in Gov. Walker’s 2013-15 executive budget, although it still could be required via other means. Another item receiving close attention. (Note: Financial audits of the USF have been conducted 12 times since October 1998.)

In your continuing contacts with your state legislators and their staff members, please emphasize the following topics:

(66% of Wisconsin’s public libraries report their current broadband speed is not sufficient.)

Where we are in the budget process. (Red arrow)

As of March 13th, Joint Finance has not scheduled any public hearings on the budget. 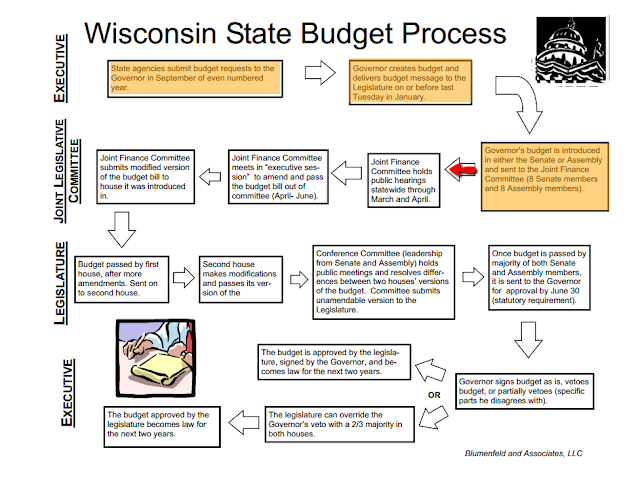