An outline of the introduction to the most recent financial audit of the Universal Service Fund.  (Links to the previous 10 financial audits are found at the end of this post.) 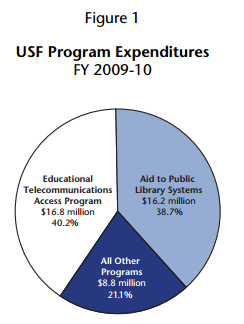 Excerpts from "Management's Discussion and Analysis" of the Legislative Audit Bureau's most recent financial audit of the Universal Service Fund.

The remaining revenues were used to support seven PSC-operated programs: 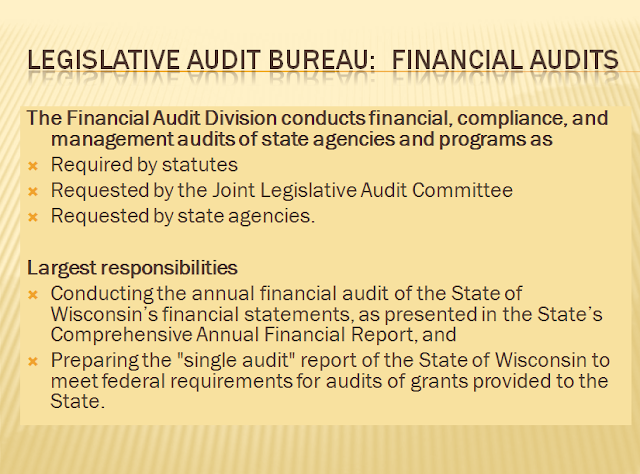 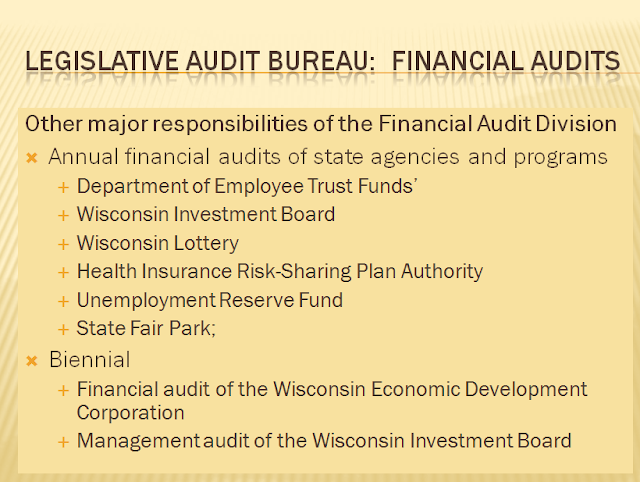 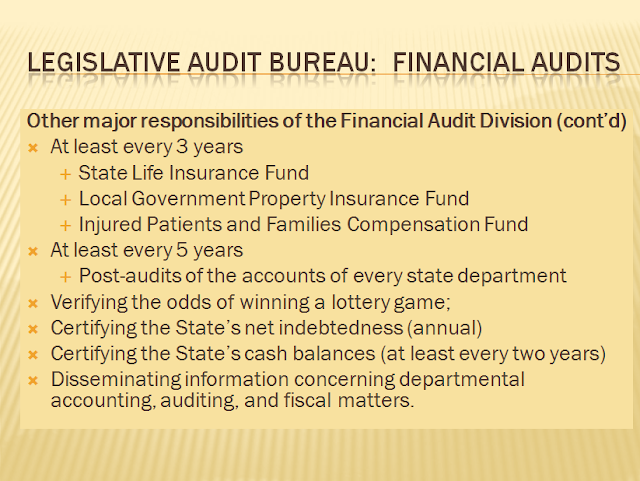 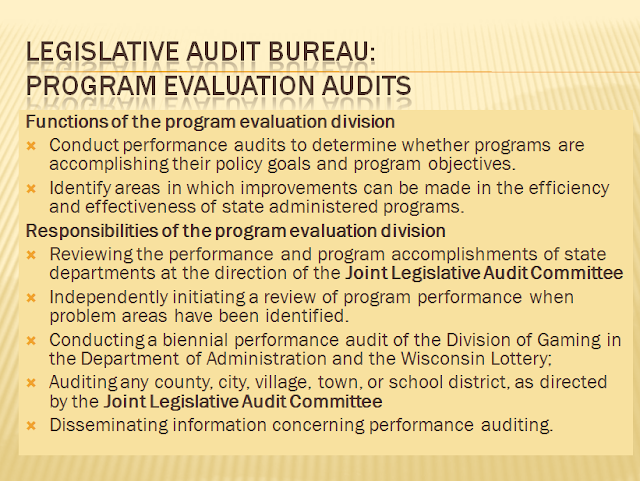 In a January 30, 2013, letter to Governor Walker, Wisconsin CALLS and the Wisconsin State Telecommunications Association requests that a provision be included in the 2013-15 budget to require the Legislative Audit Bureau to annually conduct a financial and performance audit of at least one non-PSC, USF-funded program.  [There's that red flag again.]

As far as I can tell, a Universal Service Fund audit has never been performed by the Legislative Audit Bureau.

Governor Walker included this request in his 2011-13 executive budget, but it was deleted by the Joint Committee on Finance as a non-fiscal policy item..  (See page 583.)

Governor Walker did not include this provision in his 2013-15 executive budget,   Perhaps he's planning to take a different approach this time around.

In the meantime, you might want to familiarize yourself with the members of the Joint Legislative Audit Committee.