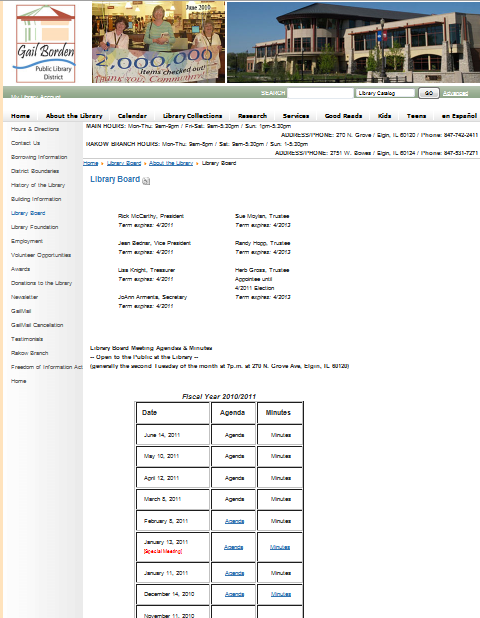 Excerpt: Trying to be more transparent, the Gail Borden Public Library District has decided to post a list of approved bills and the minutes of some closed meetings online.

The moves came after discussion of the potential impact of this exposure and some goading by a board candidate, Mohammad Iqbal. He presented trustees Tuesday with a petition asking that their e-mail addresses and board bylaws be posted online. He also suggested holding one meeting per year in the Rakow Branch.

“The board at this point is not very accessible to the public,” he said.

Library board President Rick McCarthy said while the district operates in accordance with the law, it can make getting information a little easier for residents.

“We do try to be as transparent as we can and there are times when we’ve fallen short of probably at least perceived transparency,” he said.

McCarthy proposed that a list of bills to be paid be posted on the library Web site. Trustee Herb Gross expressed concern that the board would start micromanaging the district’s finances.

“Maybe I’m wrong, but I don’t see my job as as approving every single expenditure of the library,” he said.

Maybe it's time for a library board refresher course. 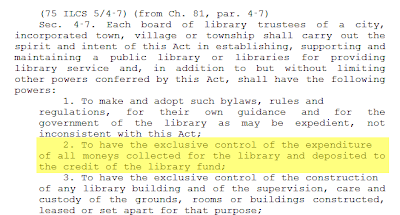