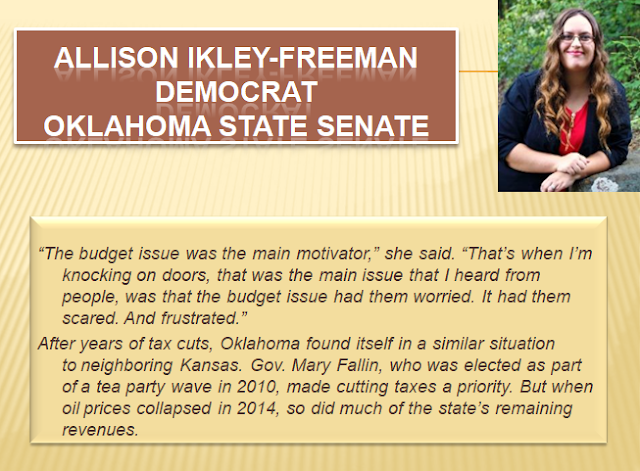 Republicans did the same thing in Oklahoma they want to do nationally, and Democrats swept special elections as a result.  (Intercept, 11/30/2017) 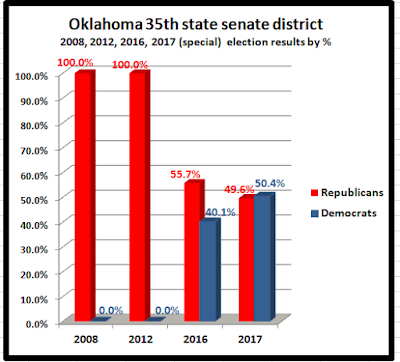 
Complete but unofficial results showed Ikley-Freeman with 2,234 votes to 2,203 for O’Hara. As is usual with special elections, low voter turnout was an important fact — only 4,437 people voted in this election, compared to almost 32,000 in last year’s regular general election.

Democrats flip a seat in Florida in a district where they couldn't field a candidate in 2012 and 2014. 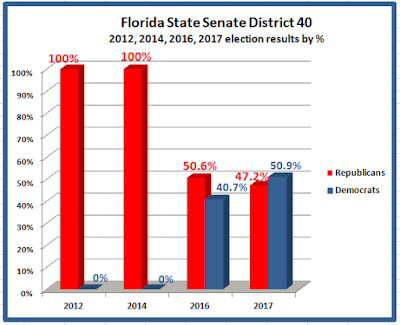 
My heavens!  A Republican uttering racist comments.  Just another day at the office.  Annette Taddeo, a Democrat, won the Florida Senate District 40 seat in a special election on Tuesday, Sept. 26, 2017. She bested State Rep. Jose Felix Diaz in the race to claim the southwest Miami-Dade seat formerly held by Republican Frank Artiles, who was forced to resign in the spring following his racist comments to two black lawmakers.

The Rockingham 4 District has 5 seats.  Yesterday's special election was held to replace Republican William Polewarczyk, who died of cancer in May. (There are 400 seats in the NH House.) 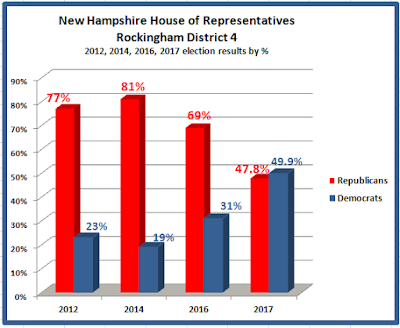 Source:  Ballotpedia (above and below)

In the past two elections, the Democrats never came close to winning a seat. 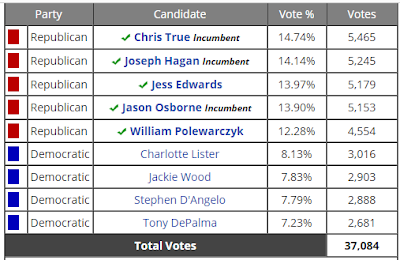 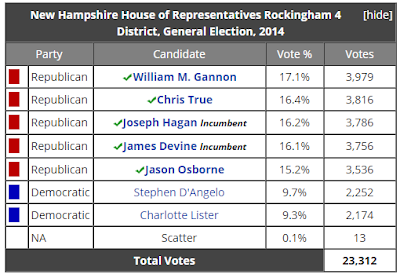 
It was the third time since May that Democrats flipped a House seat in a special election. Edith DesMarais won in heavily Republican Wolfeboro on May 23. Charlie St. Clair won in Laconia-Belmont on Sept. 12. 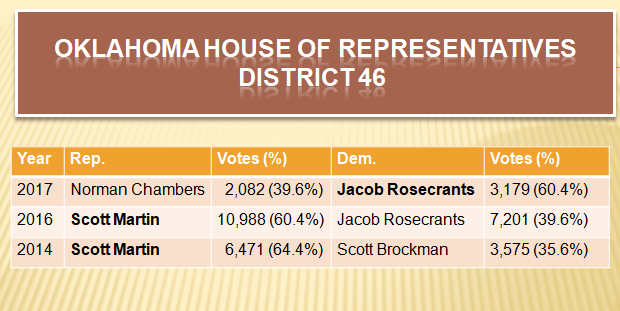 
Voters on Tuesday decided on Democrats to represent them at the Oklahoma Capitol after their elected officials resigned in disgrace, leaving the legislative seats vacant and forcing the mid-year contests. 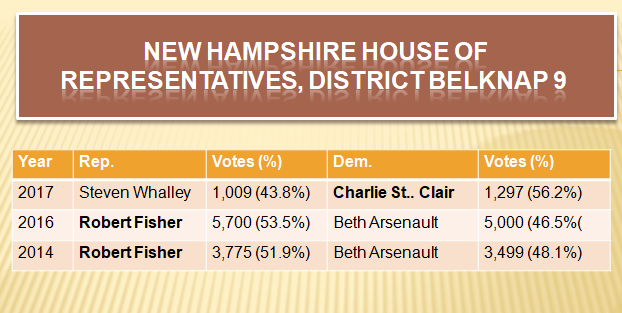 The election took place in Belknap County District 9, which is made up of all six Laconia wards and the town of Belmont. The election was held for the seat left vacant by Republican Robert Fisher, who resigned in May amid controversy about misogynistic posts on the Red Pill website.