Quite simply, the coal sector has added about 1,000 jobs since October 2016—not 50,000. Coal could not have added 50,000 jobs in the last eight months, since that is essentially the size of the entire coal industry, according to the Bureau of Labor Statistics. Pruitt’s statistic would otherwise imply that entire coal mining industry started in October. 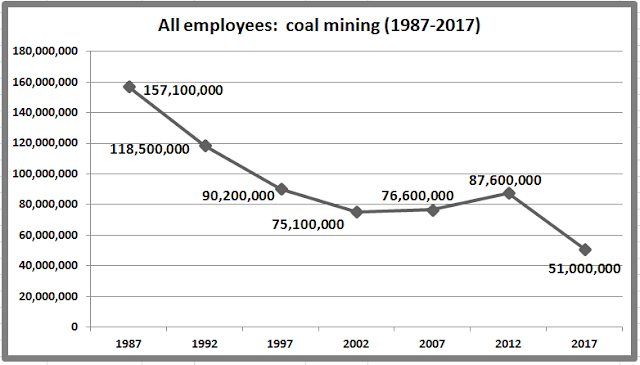