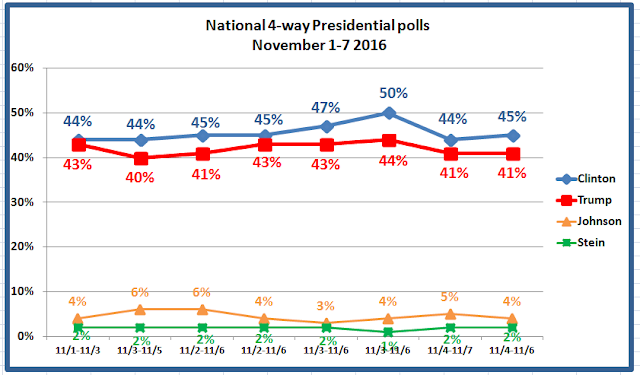 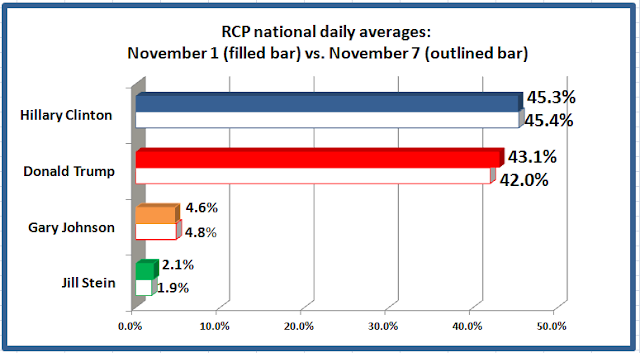 The October 3rd 44-44 tie comes to us courtesy of the fantasy factory also known as Breitbart-Gravis.

As tracked by Real Clear Politics.

9/11/2016 update, "Although not there yet, Trump hopes to gain healthy lead over Hillary", starts here. 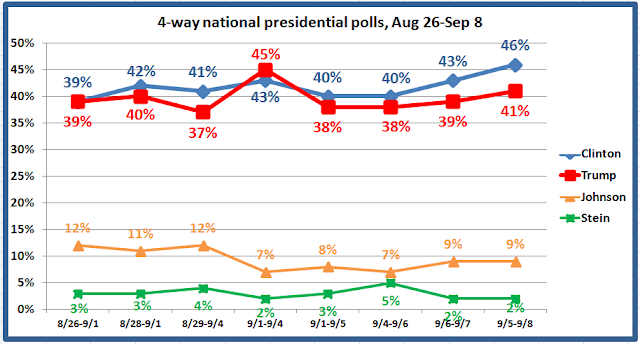 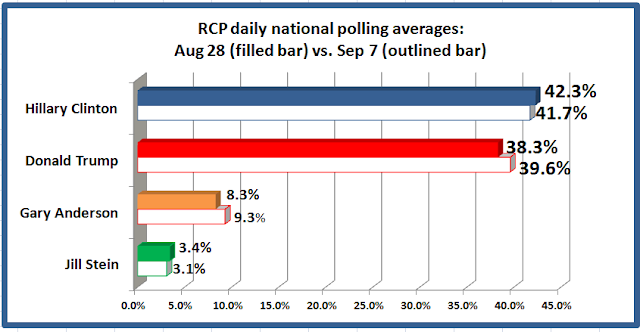 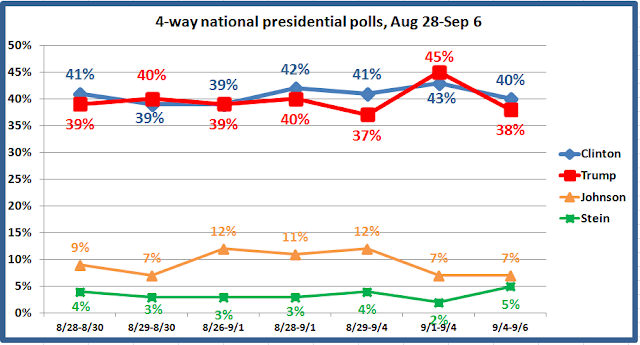 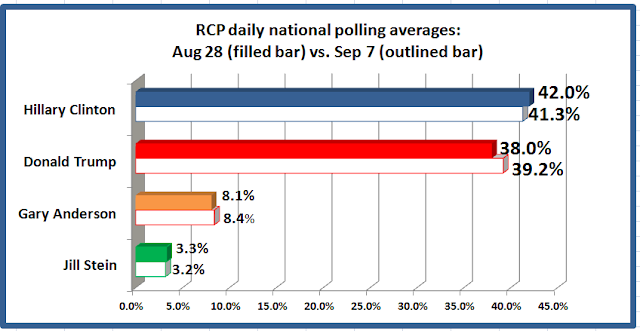 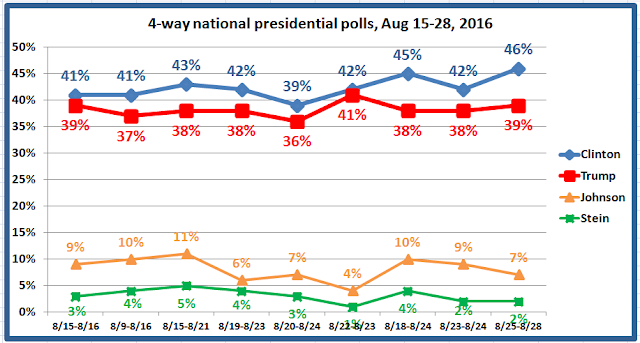 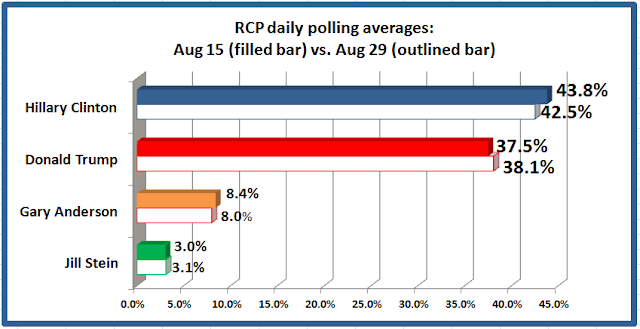 He's not winning any polls, but he's staying within striking distance. 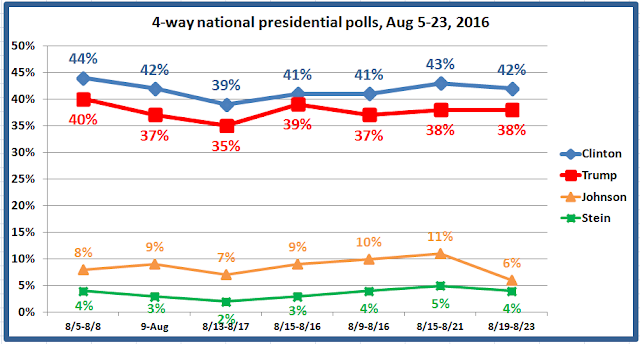 And he's been chipping away at Hillary's daily polling average percentage of late. 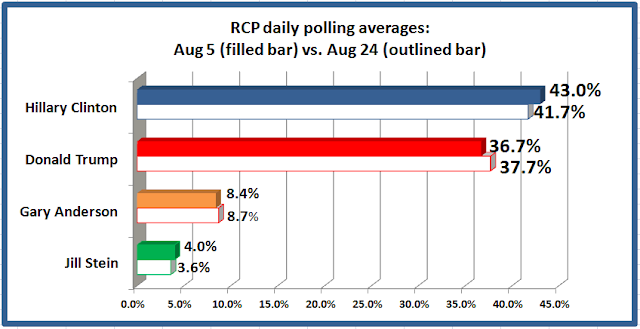 On the other hand, Hillary is doing well in critical swing states and better than expected in typically red states such as Georgia. 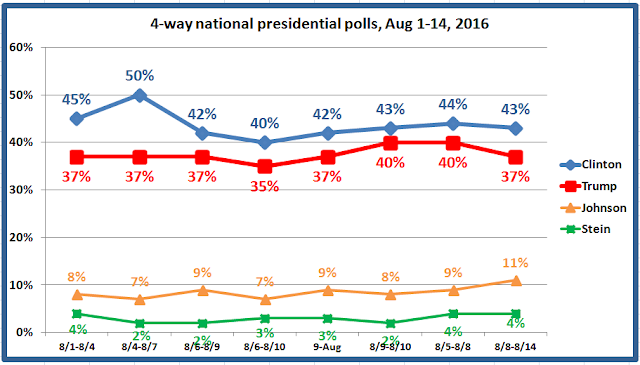 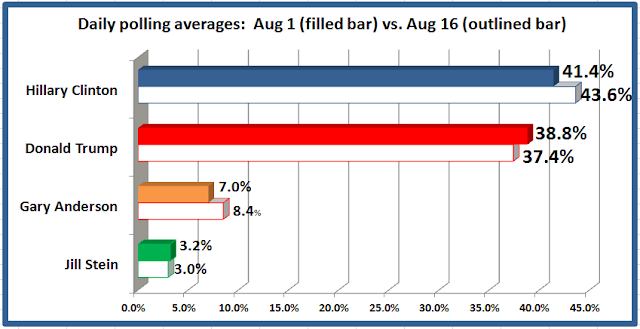 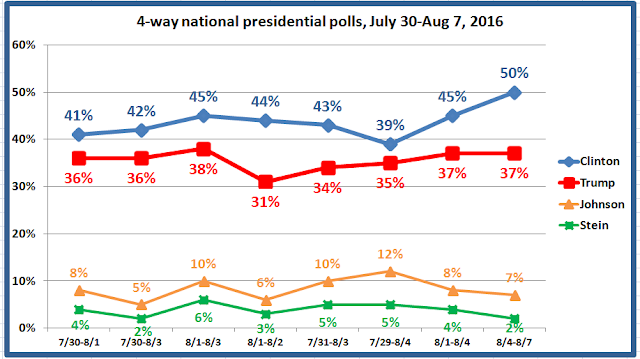 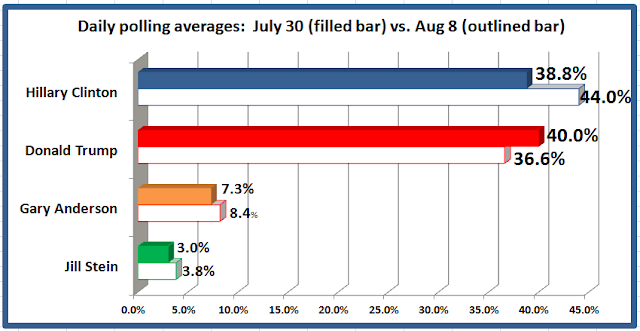