It'll be here before we know it: The next Iowa caucus poll takes place in May 2018


An early sampling that Public Policy Polling started in 2010.

And the results will be meaningful only in the sense of telling us who, for the most part, doesn't have a prayer. 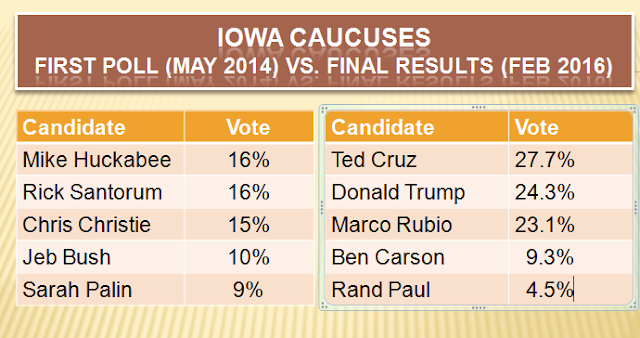