Almost 1100 miles, not to mention some candidate perspectives, separate Iowa from New Hampshire 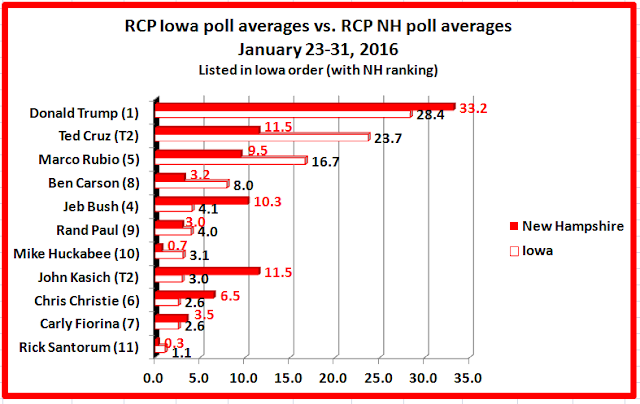 
With an average polling of 0.7% in New Hampshire, you can understand why Huckabee packed his bags for a little r&r.  (What about it, Rick?  Nonpolitical road trip?  After all, you and Huck attended that Trump event together.)