UPDATE: Instead of fiddling around, Scott Walker should have listened to George Meyer 3 years ago 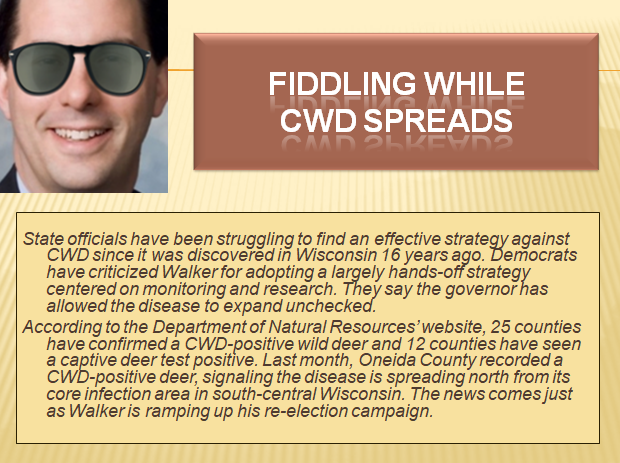 
Despite those findings, the DNR’s communications office acted as if the news was a footnote to renewing baiting and feeding bans. Those restrictions are in effect for at least three years in Oneida and Eau Claire counties, and two years in Langlade, Buffalo, Dunn, Pepin, Chippewa and Trempealeau counties.

Then again, downplaying CWD has been the DNR’s game plan since Gov. Scott Walker took office in January 2011. Gov. Walker quickly entrusted Wisconsin’s deer management to Greg Kazmierski by appointing him to the Natural Resources Board, which sets DNR policy. 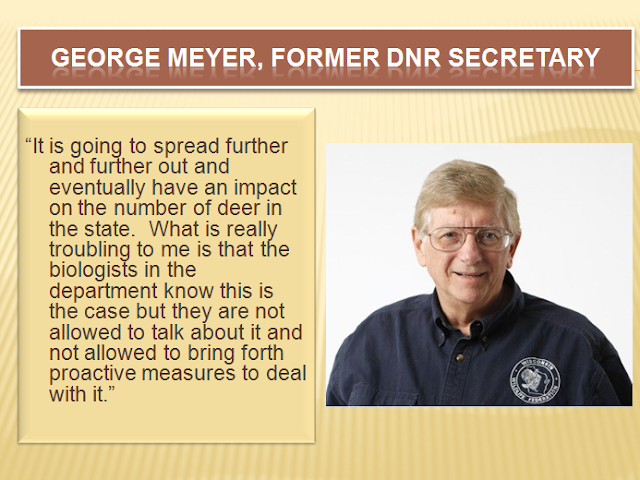 Well, at least those biologists who are still employed by the Wisconsin Department of Natural Resources.

Here's a 3rd-term campaign slogan for you.