The so-called "bathroom bill" is dead for now, as announced in an email by Fair Wisconsin. 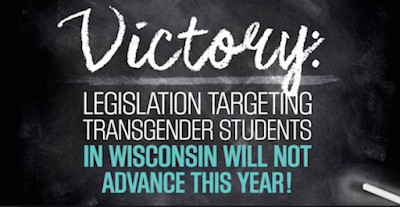 The bill, AB469, was sponsored by 11 GOP members of the state legislature, all of them straight white males, as far as we know.

And it probably won't surprise you where most of them live. 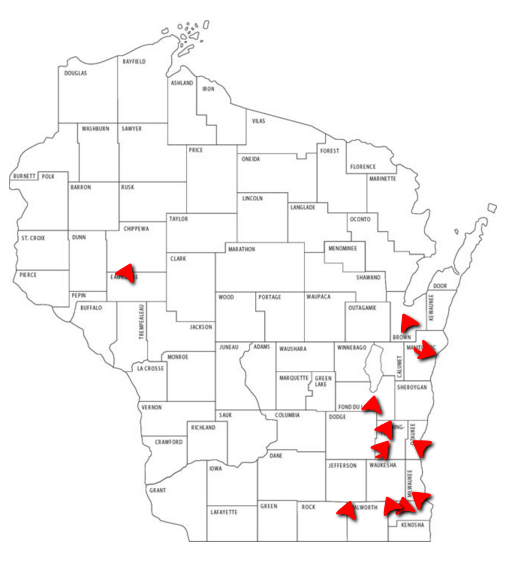 The emails show that Rep. Jesse Kremer, R-Kewaskum, had several meetings and conversations about the proposal with Wisconsin Family Action president Julaine Appling, dating back to last spring. Appling worked closely with Kremer on crafting the language of the bill, and offered advice on how to deal with a Republican senator who appeared to oppose the measure. 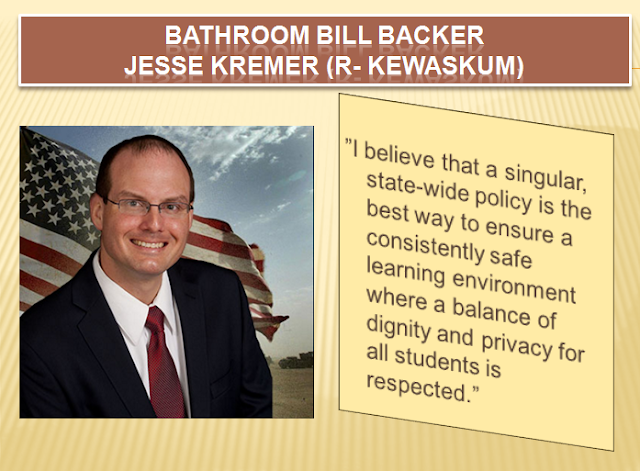 And here's how his partner shows her respect for all students. 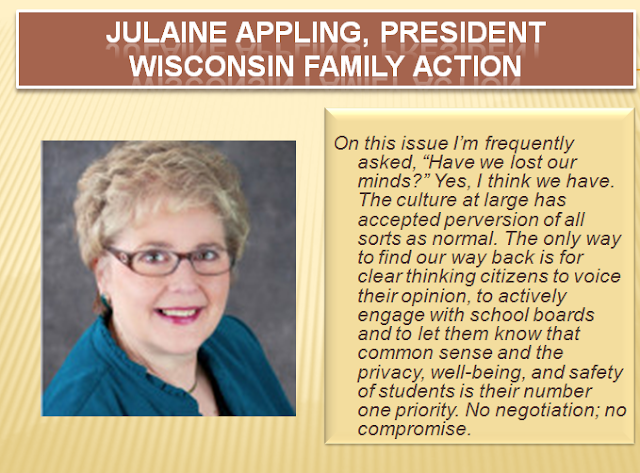