Robert Mercer: At the top of the list of a 'small pool of rich donors' 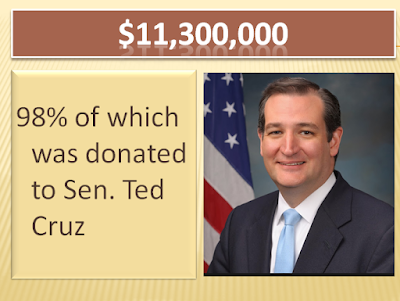 
Senator Ted Cruz of Texas, a favorite of the Tea Party movement, has raised the most cash from the fewest donors. A collection of super PACs supporting Mr. Cruz raised $37 million, nearly all of it from three families. Robert Mercer, a deeply private hedge fund investor from New York, contributed $11 million, making him the top known political donor in the country so far this election cycle.

He is also an example of how wealthy donors have been empowered by the Supreme Court’s 2010 decision in the landmark Citizens United case, which paved the way for super PACs.