The Cathedral of Learning, University of Pittsburgh


As seen from a tree-lined Lytton Avenue. 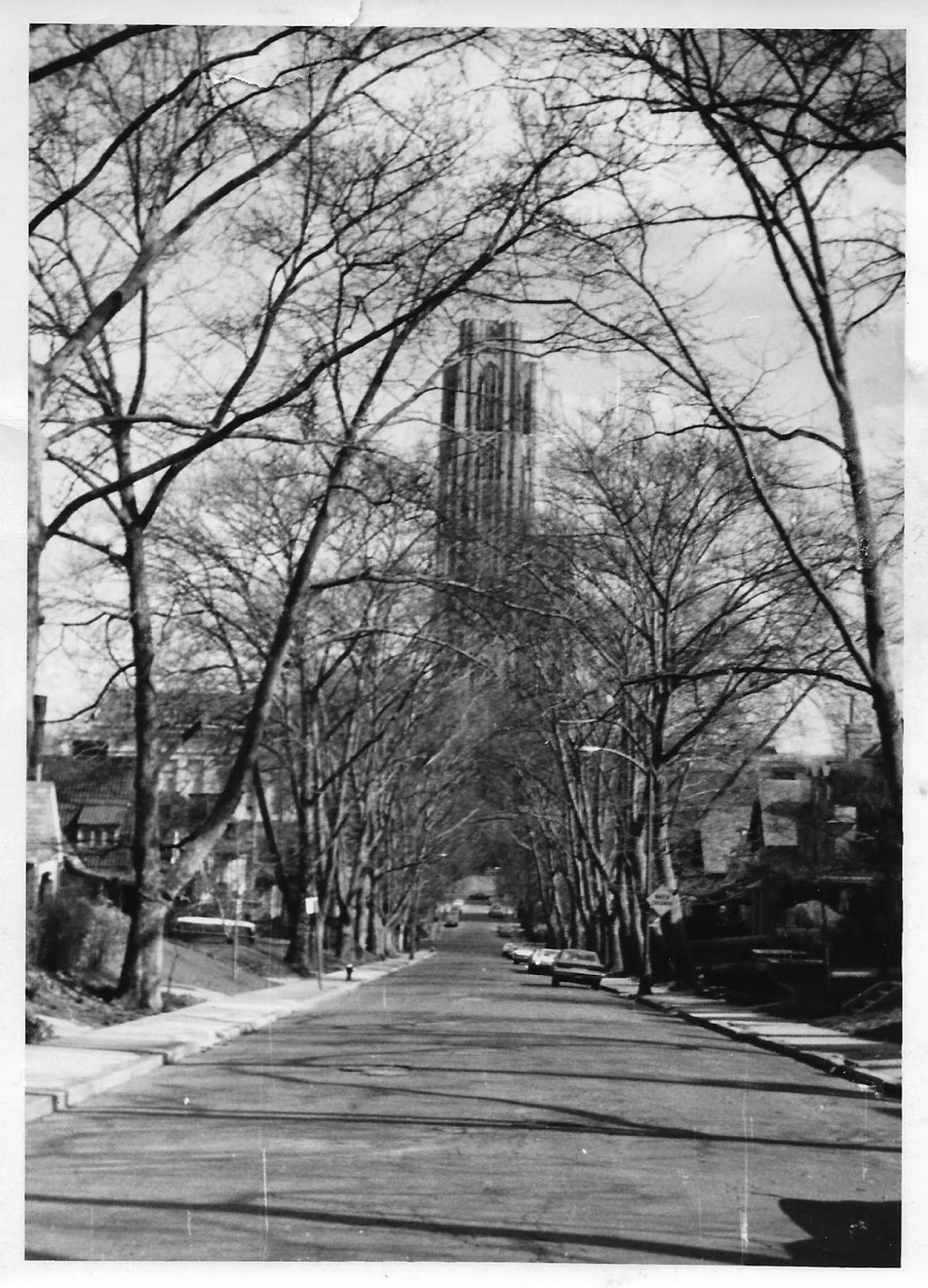 The view looking northwest from the Cathedral of Learning observation deck. 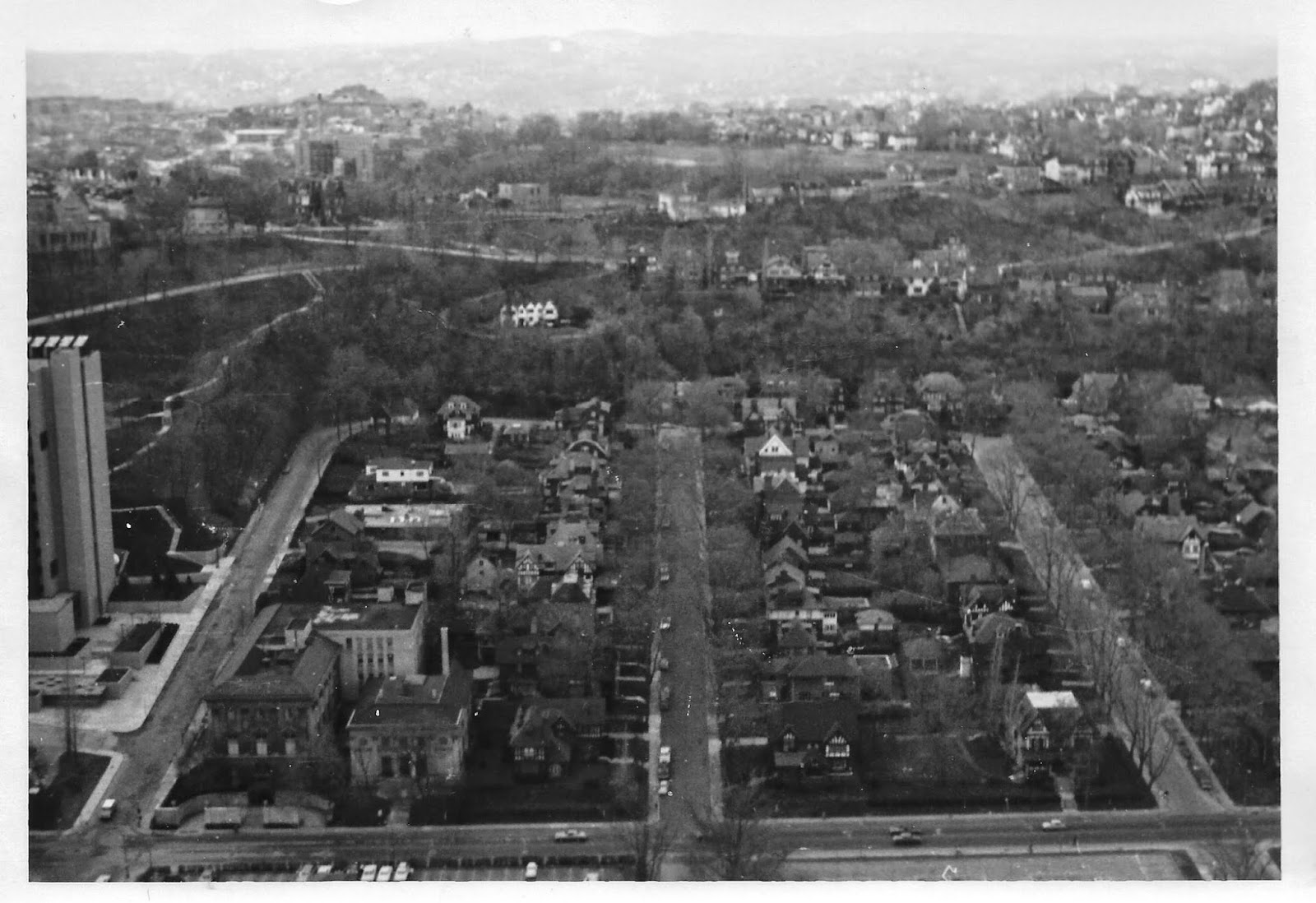 Photos taken by Retiring Guy during the early spring of 1974.  At least half of the photos from my my year in Pittsburgh (September 1973-August 1974) feature various views of the Cathedral of Learning, all of them in black and white, taken with the 20-year-old Kodak Pony camera my dad had passed along to me.  Spending a lot of time walking around the Oakland neighborhood, I found this impressively towering structure impossible to ignore.  It had, in fact, a magnetic pull.  Unable to resist, I'd go out of my way just to walk in through one set of doors and out another and admire its architectural features up close.