GET ME REWRITE: Iowa's blue counties lead the state in population growth


In fact, most of Iowa's 99 counties experienced a peak in population more than a century ago.  (Numerous examples shown below in earlier posts.) 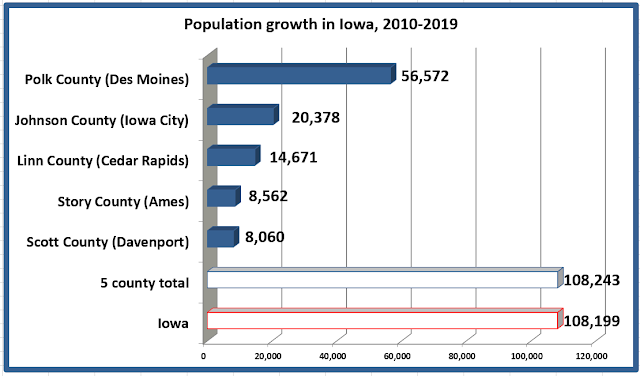 
Nationally, a slowing birth rate, increasing deaths and a slowdown of international migration added up to the weakest U.S. growth rate in more than a century, Monday's figures showed. William Frey, a senior fellow at The Brookings Institution, said the last time the annual growth rate was slower was from 1917 to 1918, when the nation was involved in World War I. 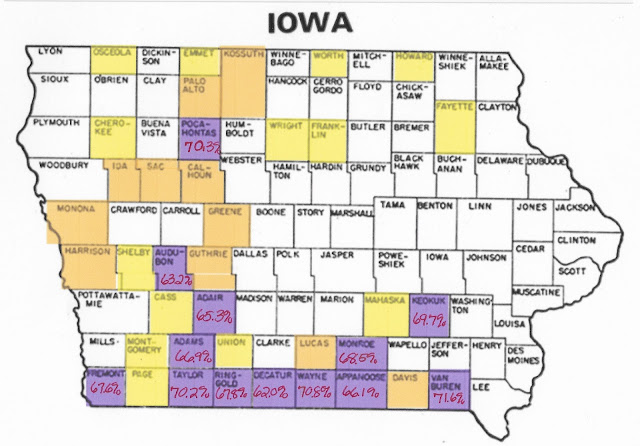 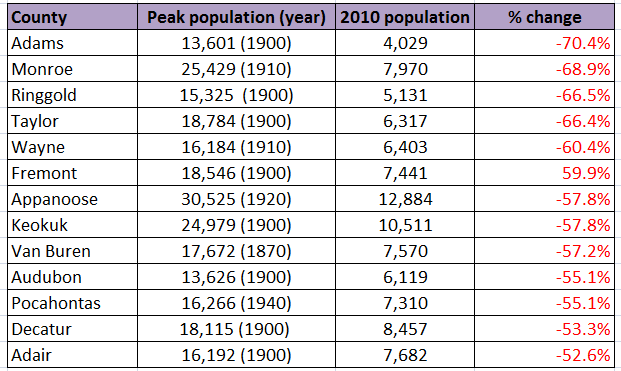 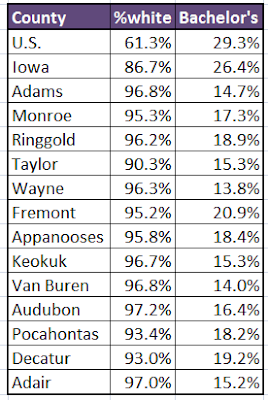 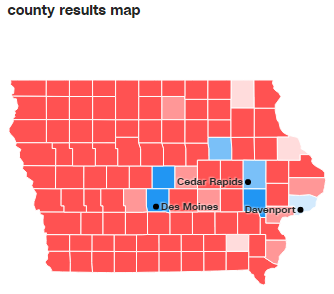 
10/5/2016 update, "In many counties, Iowa's rural decline began more than a century before the Obama administration", starts here.

Dateline:  Creston, Iowa.  (Which is located in Union County.)

Its population peaked at 19,928 in 1900.  Perhaps Teddy Roosevelt should shoulder some of the blame. 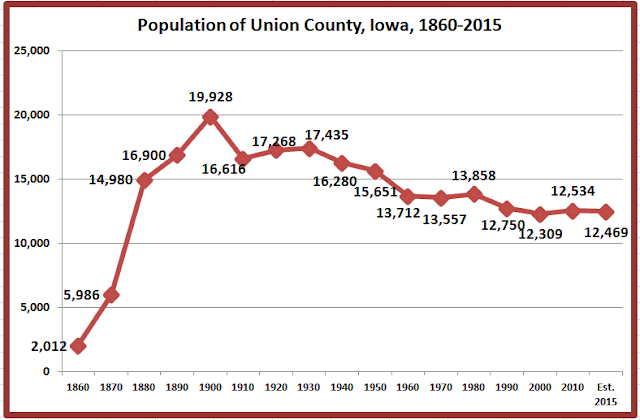 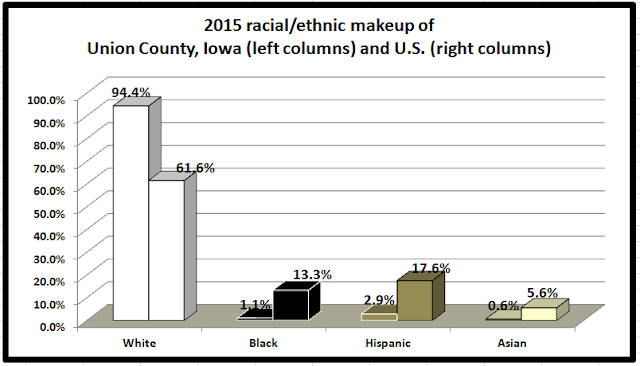 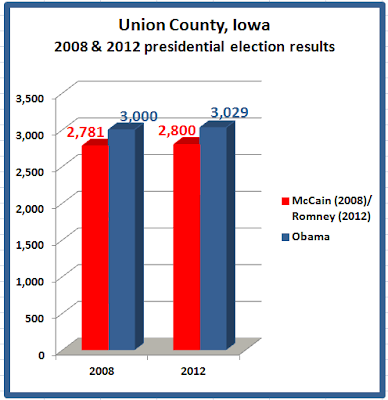 A quote from the above-cited Register article. 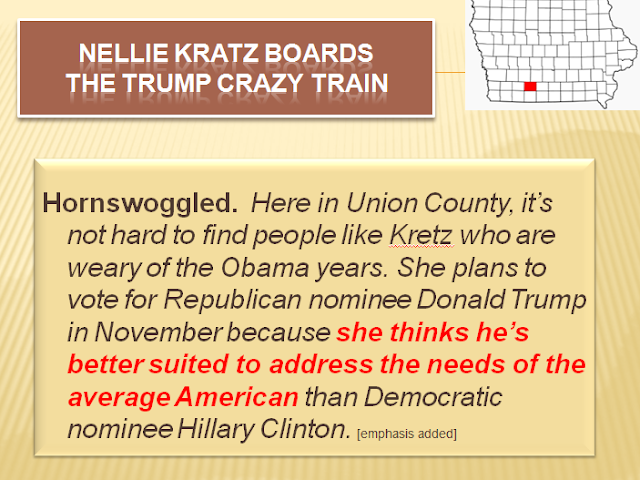 
GOP presidential candidates should visit all 99 Iowa counties over the next year if they want to clinch their party’s nomination, Iowa Gov. Terry Brandstad said Saturday.


And of those 99 counties, 84 of them are losing population. 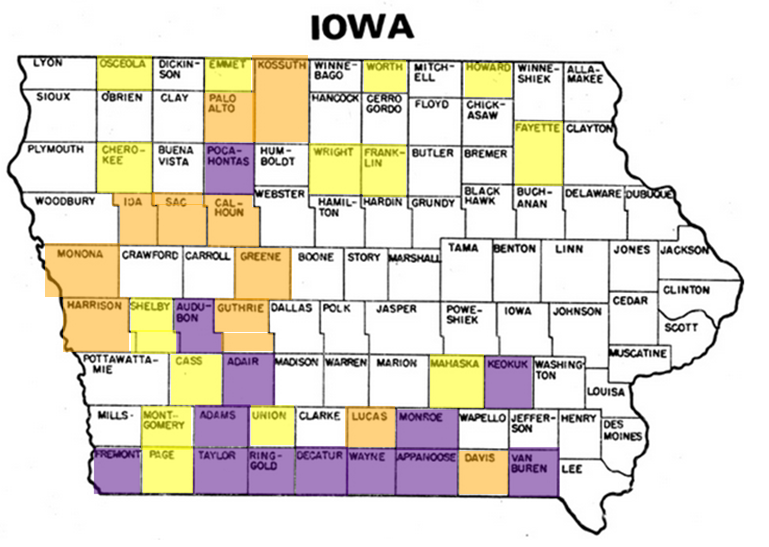 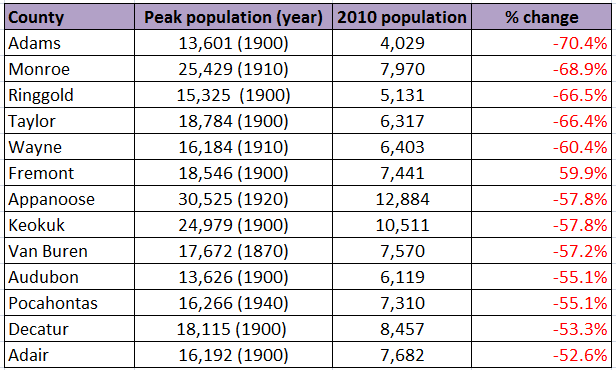 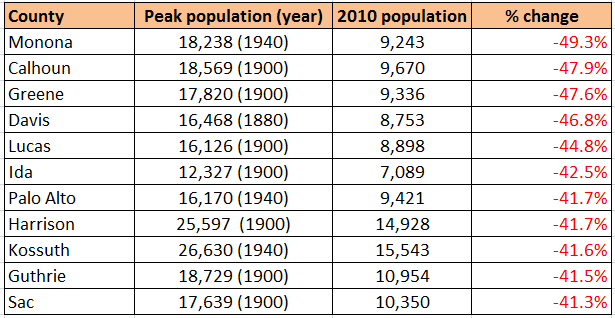 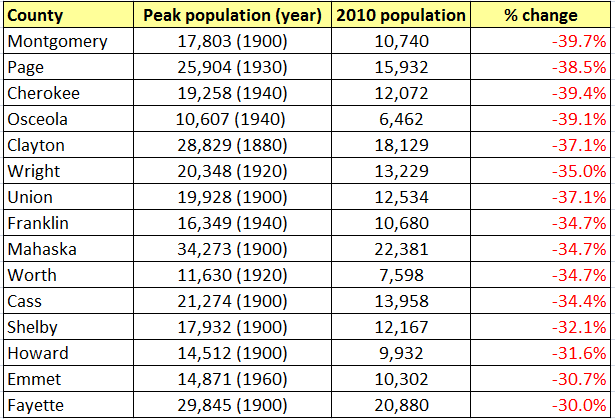 And have been shrinking for quite some time. 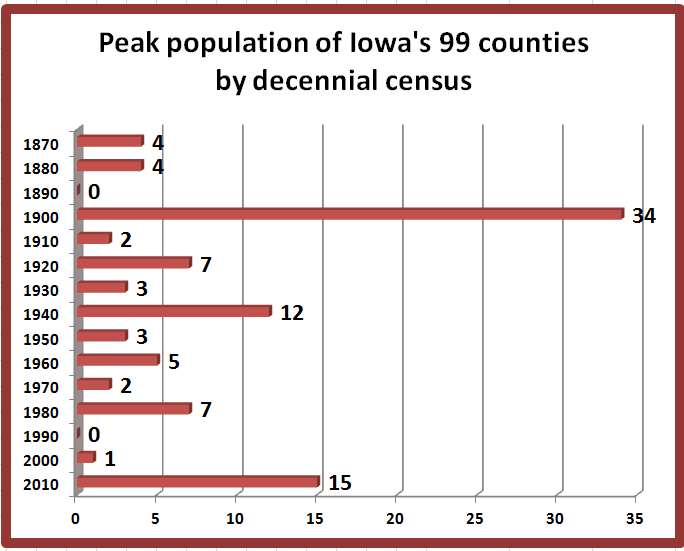 This map shows the location of 15 Iowa counties still growing in population as of the 2010 census. 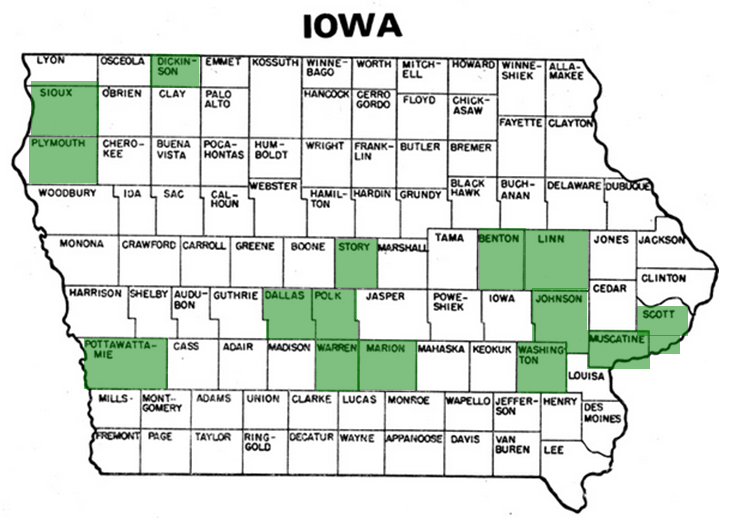