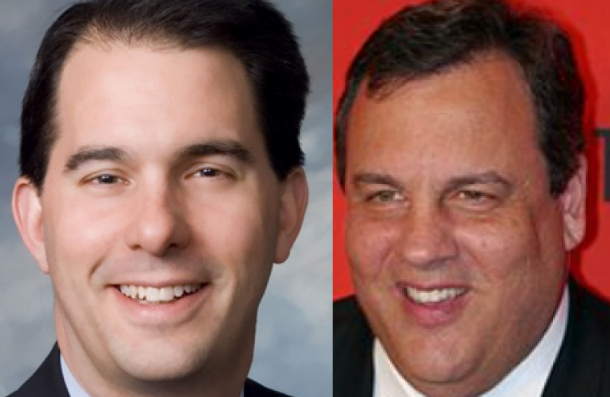 Not to mention a talking point designed to rile the big buy from Joisey.

Those points — part of what Walker referred to as the “Wisconsin Comeback” in his remarks — could be repeated often in a national campaign.

He also made references to the need for smaller government and reducing burdensome regulations on business that come from Washington — principles that have long become part of the conservative mantra.


He returned to the themes he planned to highlight before pension problems and the bridge scandal ate away at his approval ratings, presenting himself as a tell-it-like-it-is reformer who can rise above partisanship to do the right thing. “America’s leadership in the world is called into question because of a pattern of indecision and inconsistency,” Mr. Christie said. “During this time of uncertainty, it seems our leaders in Washington would rather stoke division for their own political gain.”