In the News: Ferguson, Missouri

What's going on.  Police in riot gear fired tear gas to try to disperse a crowd in a St. Louis suburb where an unarmed black teenager had been fatally shot by a police officer over the weekend.

Between two nights of unrest, a community forum hosted by the local NAACP chapter Monday drew hundreds to a sweltering church in Ferguson, the St. Louis suburb where 18-year-old Michael Brown was shot multiple times.

A look at Ferguson's demographics. 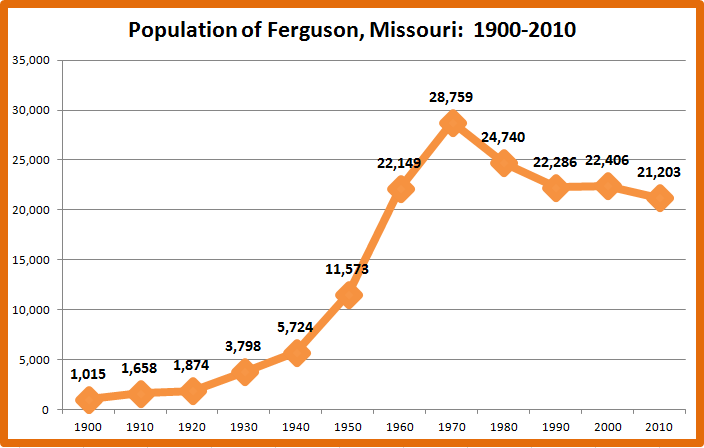 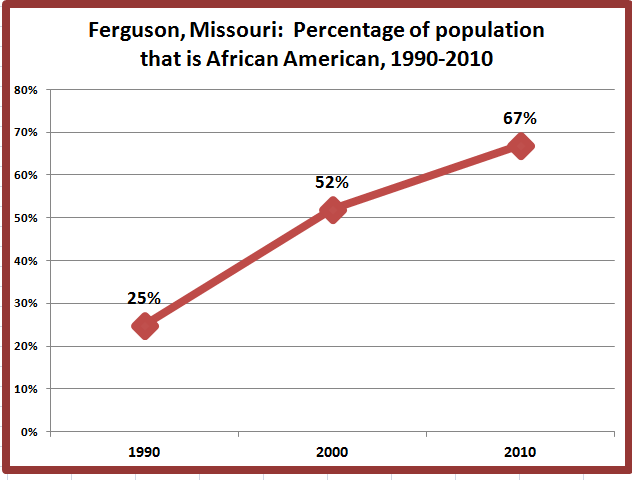 The City of Ferguson is served by the St. Louis County Police Department, North County (1st) Precinct.
Posted by Retiring Guy at 7:15 AM