Not all of them well-informed.  Wonder which side is bending the ears of Farrow and Thiesfeldt? 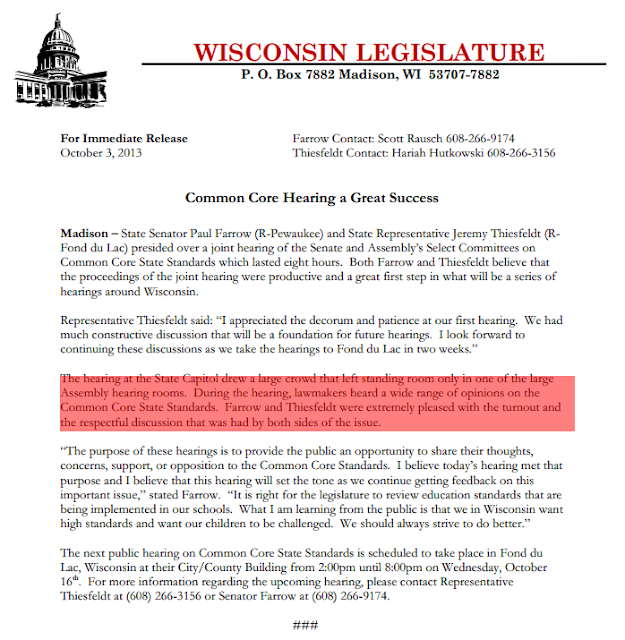 My guess is this uniformly positive testimony is not music to their ears.  (Wheeler Report links from 10/3/2013)

Listening to their masters' voices, demanding another political football to kick around:  Tea party members sent Wisconsin lawmakers a letter calling for an investigation into the standards. Republicans who control the Legislature responded by creating Senate and Assembly study committees. Republican Gov. Scott Walker has weighed in as well, saying he wants to see tougher standards than Common Core.

It's called "pandering to the base". 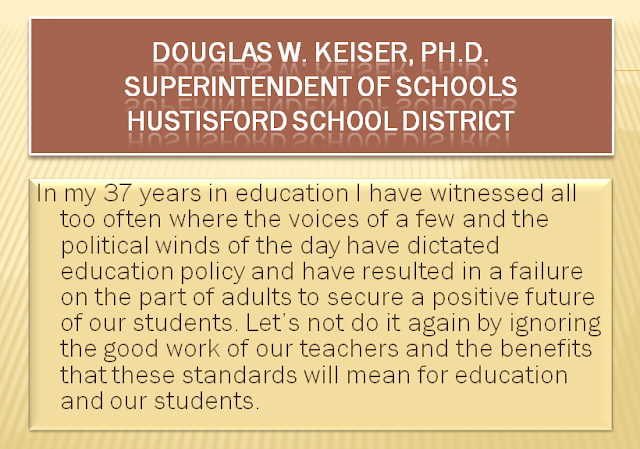