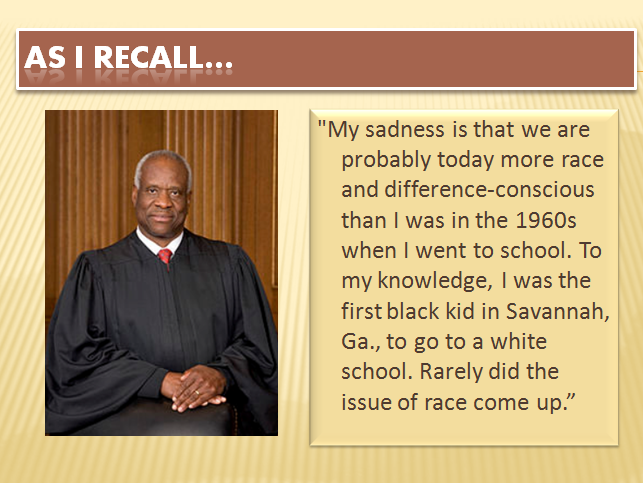 Photo credit:  The Supreme Court of the United States

From the "Civil Rights Movement" article in the New Georgia Encyclopedia.

Everything's just peachy.  Herman Talmadge's victory [1948] ushered in a resurgence of white supremacy. Time magazine quoted a Georgia voter who said, "Pore ol' Georgia—first Sherman, then Herman." Segregation was tightened up in the statute book, state officials sought to outlaw the NAACP, and vigilantes targeted local black leaders. Gilbert, despairing over the collapse of the state network of black protesters, resigned from the leadership of the NAACP. Brewer, who had received death threats from a local Klan member, was assassinated on a Columbus street in 1956 by an unknown assailant, and the group he had founded to oppose white supremacy disbanded.

During the ensuing decade, defenders of white supremacy powerfully interlinked their attack on black insurgency with the more general fear of communism. Organized black protest continued on a significant scale only in Atlanta, Macon, and Savannah, which became relative oases of moderate race relations in the state. Yet even there, strict segregation continued and violent assaults on black residents were frequent.

The article goes on to describe Georgia's "Mass Protests in the 1960s" and "Protest in the Countryside".

As Thomas sez, "Rarely did the issue of race come up."