Let's Take a Brief Look at the Content of Rep. Steve King's Character

King as quoted in the above cited article. 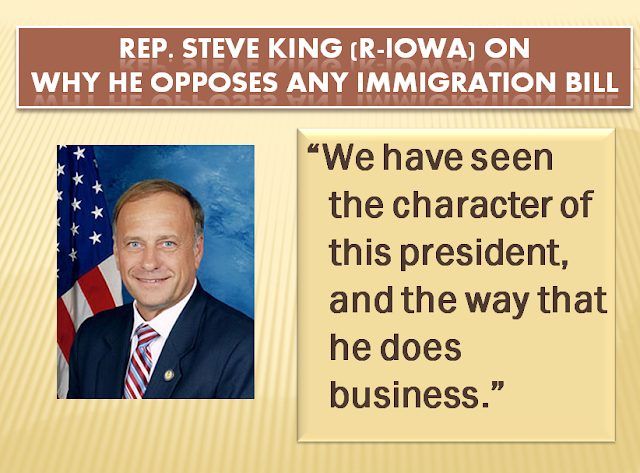 What's he been smokin'?  King may have topped Rep. Young's (R-AK) "wetback" comment for insensitivity when he said of DREAMers "for every one who's a valedictorian, there's another 100 out there that weigh 130 pounds and they've got calves the size of cantaloupes because they're hauling 75 pounds of marijuana across the desert."

No big deal    Rep. Steve King (R-Iowa), a leading voice in the tea party movement, said Sunday that protesters’ recent use of racial and homophobic slurs toward Members of Congress was no big deal.“I just don’t think it’s anything,” King said, emphasizing that the incidents were isolated. “There are a lot of places in this country that I couldn’t walk through. I wouldn’t live to get to the other end of it.”


Rep. King, who currently represents Iowa's 4th Congressional district, has served in the U.S. House of Representatives since 2002. 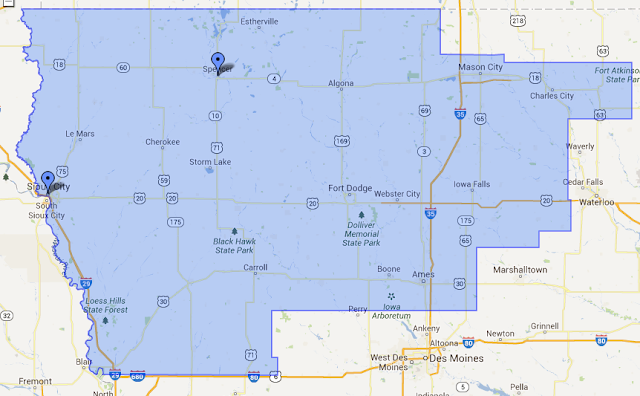 He easily won reelection in 2012.  (Ballotpedia)

But based on this recent poll, some of his constituents are increasingly finding him to be an embarrassment to the State of Iowa.