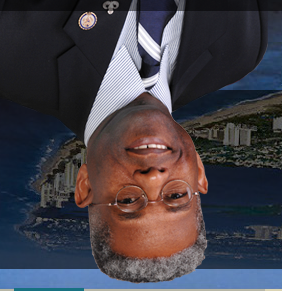 Excerpt:   West, who stands by the remarks, offered the following defense to Fox News.

"This is something, once again, the Democrat Party, they put my Social Security number and my wife's employment identification number in a mail piece," he said. "This has just been an ongoing thing. I have been called Uncle Tom, a sell-out Oreo. It's not about Allen West. And so once again, it's very interesting to me that we continually allow liberals to do whatever they want and attack conservatives, but all of the sudden when a conservative stands up and says enough then people all want to sit back, especially liberals, and play victim. She's not a victim. She's been attacking Allen West for quite some time."
Posted by Retiring Guy at 1:19 PM