The Drop in Oshkosh's and Winnebago County's Equalized Property Values 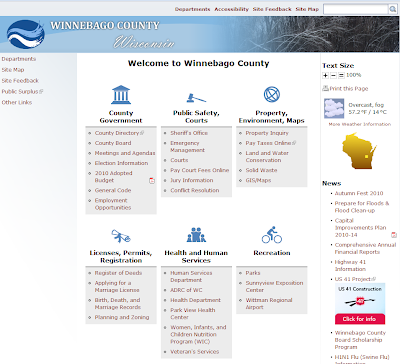 Excerpt: Taxpayers will likely see higher tax rates in 2011, even without spending increases, after equalized property values in the city of Oshkosh dropped 0.6 percent and Winnebago County dropped 1.6 percent.

Equalized property values provide two key figures for local governments. For counties, cities, villages and towns, the values provide an indication of how much new construction a community realized in the previous year and whether it can increase a tax levy beyond the state-mandated cap, somewhere between 2 and 4 percent in past years. For counties specifically, equalized values also provide the basis on which next year's budget will be built.

Winnebago County Executive Mark Harris had started budget discussion with an assumption the county's value would decrease by 2 percent. He said even the few tenths of a percentage point difference will help relieve some of the pressures county budgets face: Declining property values, a state-imposed tax rate cap for operations spending, declines in state revenues and wage and benefit increases.