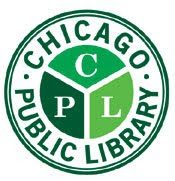 Link to December 29 cbs2chicago.com post, "Chicago Library Use Posts Record in 2009. But Branch Libraries Will Soon Be Cutting Back Hours".

Excerpt: Chicago Public Library officials said Monday that 9.2 million items were checked out during the first 11 months of 2009. At that pace, total circulation for the year would surpass 2008 -- itself a record-breaking year.

Librarians report people are seeking their help to search for jobs, prepare resumes and submit online job and school applications. The library system has about 3,800 public access computers and free WiFi at all locations for laptop users.

Also in 2009, libraries offered dozens of financial literacy programs for teens and adults in cooperation with the Federal Reserve Bank and Chicago-area financial institutions.