GET ME REWRITE: Apparently, Burlington Area School District Board is fine and dandy with Jeff Taff's dubious program of self-directed learning 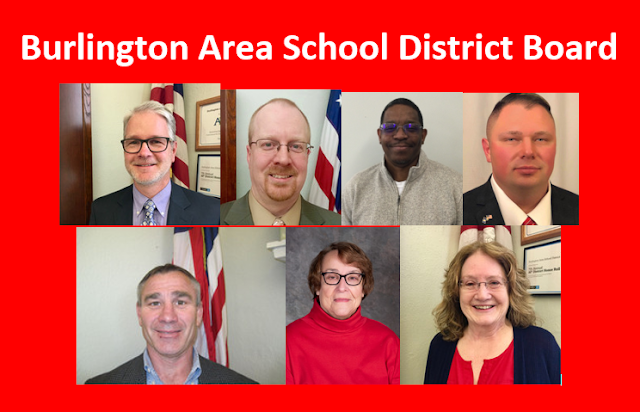 3/6/2021 update, "Aaron Melby stands with Jeff Taff and is fine and dandy living in a place where hateful racial slurs are woven into the community fabric", starts here. 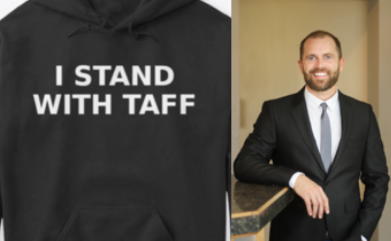 "Unless he was teaching us the full lesson plan, its hard to jump to the conclusion as to what kids were asking leading up to that," said Aaron Melby, who supports Taff's reinstatement. Melby has gotten to know Taff through church. He feels the district is not being consistent with how it reviews teachers' lesson plans.

He points to a fourth grade teacher who taught a lesson on Black Lives Matter and racism following the Kenosha riots. It drew outrage from parents.

"She was back in the classroom within days," said Melby.

Thank you, Aaron, for this mindbendingly obtuse false equivalency.

But the Garbades were unprepared for the level of racial animus that has torn their community apart since late August when a Burlington elementary school teacher included the Black Lives Matter movement in a lesson about racism.

The hateful racial slurs — burned into the woodchips of a playground, painted on the floor of a new school building and shouted at students in an online classroom. The hostility and ugly exchanges on social media and at school board meetings. [emphasis added] 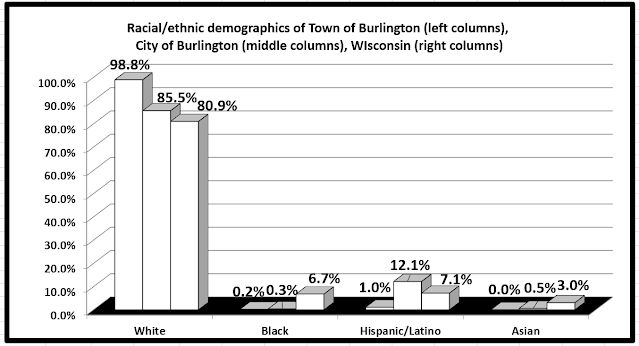 Adrianne May and Aaron Melby 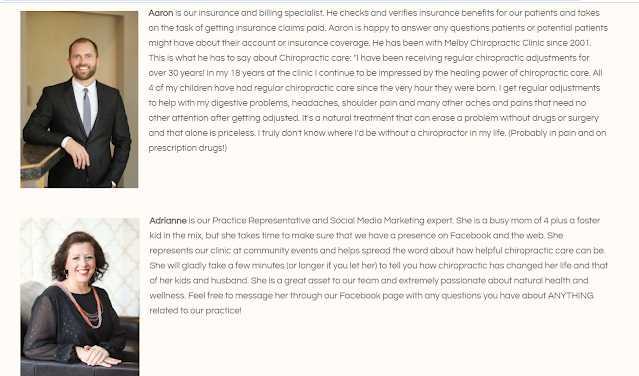 A group coming to Taff’s defense has created a Facebook page called “We Stand With Taff,” on which they are soliciting donations to help the teacher pay for an attorney. As of Saturday, the site had raised more than $2,000 from more than 40 donors.

Organizers of the group, identifying themselves as Adrianne Mae and Aaron Melby, declined to comment via Facebook. Adrianne Mae had been the leader of the “Parents Against Rogue Teachers” Facebook group [apparently deleted] that formed last fall after there was community uproar following a lesson by Melissa Statz, a fourth-grade teacher at Cooper Elementary School in Burlington, about racial injustice and Black Lives Matter.

On the Facebook page, the group states that Taff is at risk of losing his teaching job for “asserting his constitutional rights.” Referring to Taff and his family, the group adds: “Let’s make sure this family knows that we support freedom, and our community cares an awful lot.”

Original 1/9/2021 post, "Who is Jeff Taff and what exactly is Liber/Leadership Education?", starts here. 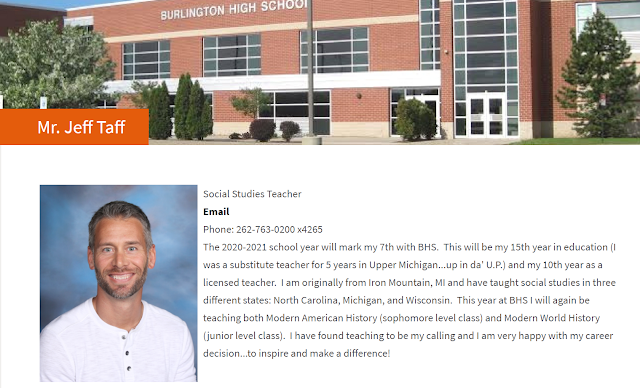 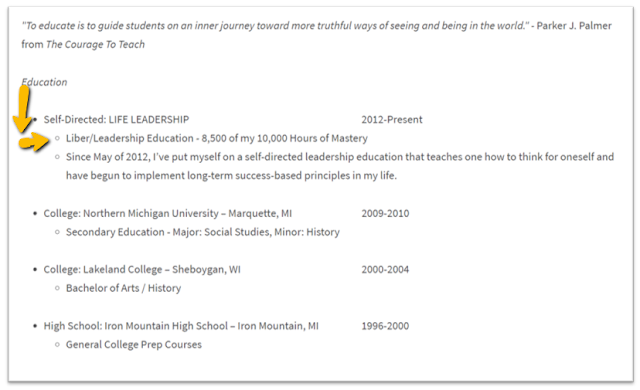 What is that?  The mysterious Orrin Woodward (no Wikipedia entry) praises the program and specifically mentions 2 mentors. 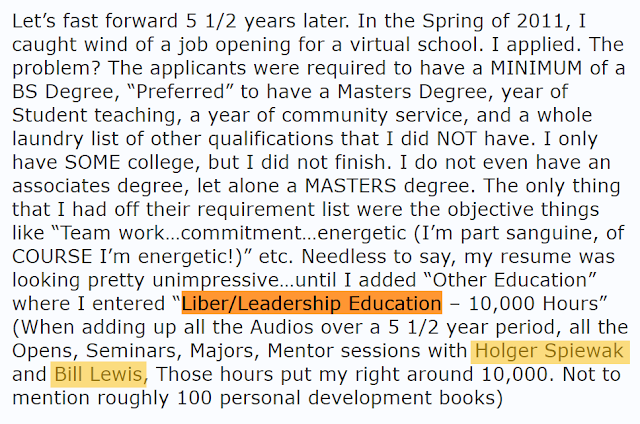 Holger Spiewak, a ProLife Crusader activist, is one weird dude, based on his LinkedIn resume. 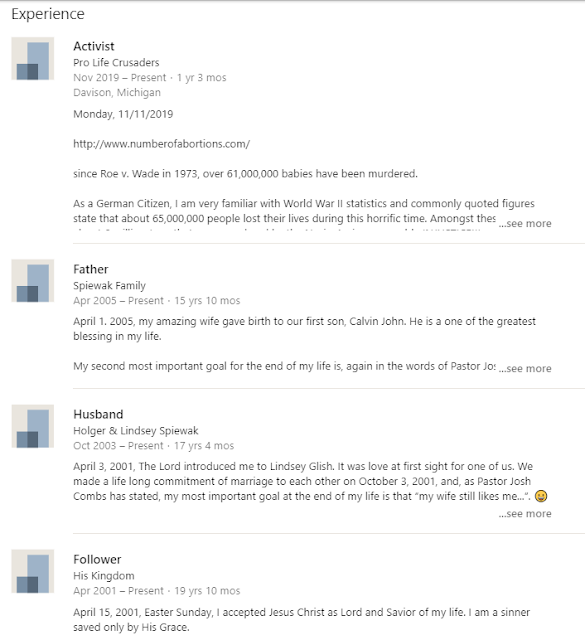 Link to Bill Lewis's Twitter account
Wondering if the Burlington Area School District School  Board is familiar with what is included on the Jeff's self-directed learning syllabus?
Posted by Retiring Guy at 12:28 PM