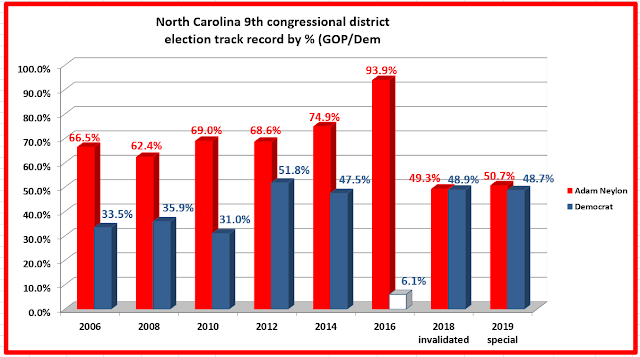 
Dan Bishop, a Republican state senator, scored a narrow victory on Tuesday in a special House election in North Carolina that demonstrated President Trump’s appeal with his political base but also highlighted his party’s deepening unpopularity with suburban voters.

The fierce fight for the Ninth Congressional District also brought to an end a tortured political drama: The 2018 midterm race for the seat, in which Mr. McCready barely lost against a different Republican, was in question for months because of evidence of election fraud on the G.O.P. side. The election was finally thrown out, an embarrassing conclusion for state Republicans who had carved the lines of the deeply red district.

Now, as Mr. Trump heads into a re-election year, the close outcome in a district that hasn’t been held by Democrats since the 1960s confirmed once more that he energizes the left and some independents to fight against him just as much as he inspires Republicans to fight for him. 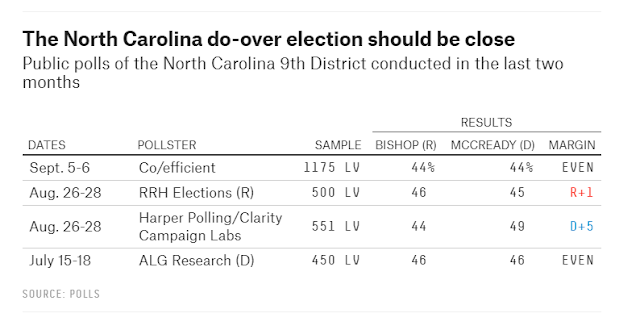 In North Carolina Do-Over Vote, a Reliable Republican District Is Up for Grabs.  (The New York Times, 9/8/2019)


Now Mr. McCready and his new Republican opponent, Dan Bishop, will face off on Tuesday in a do-over of the tainted contest. The odd-year election in the Ninth Congressional District, which stretches from the suburbs of Charlotte to rural and exurban areas farther east, is in many ways the first test of the political terrain heading into 2020, and of the two parties’ dueling strategies for winning over voters. 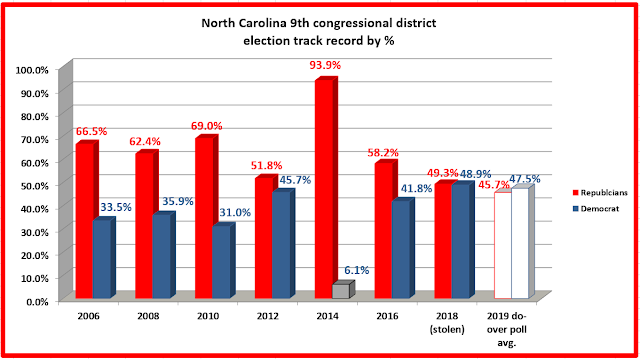 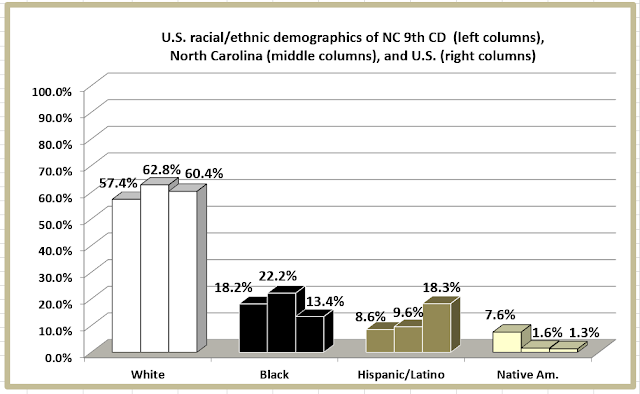 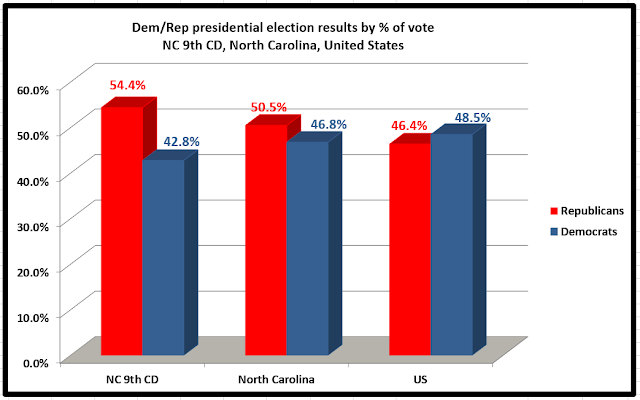 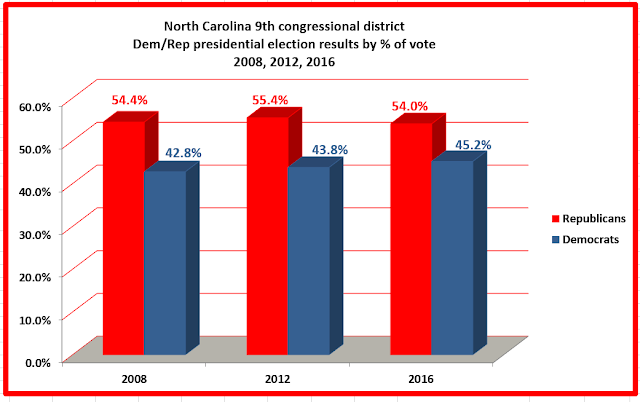