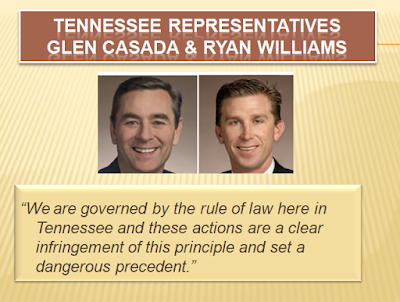 
A towering monument to Jefferson Davis, the president of the Confederacy, was removed from Memphis Park on Wednesday night, along with an even bigger equestrian statue of Nathan Bedford Forrest, a Confederate general and first grand wizard of the Ku Klux Klan, from a second park. Convinced the statues needed to come down, city leaders circumvented a state law preventing their removal by selling the parkland to a nonprofit group — a creative solution that Republican leaders of the Tennessee House branded as potentially illegal.

None other than Nathan Bedford Forest.


The following spring, in April 1864, Forrest and his men were involved in one of the most controversial episodes of the Civil War. After surrounding Fort Pillow, near Memphis, Forrest demanded the surrender of the garrison, which included 262 soldiers of the U.S. Colored Heavy Artillery. When the Union forces refused, Forrest’s men easily overran the fort. Then, according to several eyewitness accounts, the Confederates, enraged by the sight of black men in Federal uniform, executed many of the colored troops after they had surrendered: an unambiguous war crime.  (Civil War Trust)


Among those who voted to keep Tennessee's statue in place were Secretary of State Tre Hargett, State Treasurer David Lillard and Comptroller Justin Wilson. The legislature elects all three.


Shown from left to right in the order listed above.