GET ME REWRITE: More than one-quarter of Iowa poll respondents are fine and dandy with being represented by a senile old man in the U.S. Senate "Chuck Grassley has had a long and mostly good run, but most Iowa voters appear ready to move on, and his ratings reflect waning interest,” said pollster J. Ann Selzer, president of Selzer & Co., the company that conducted the poll.

Others are less kind. 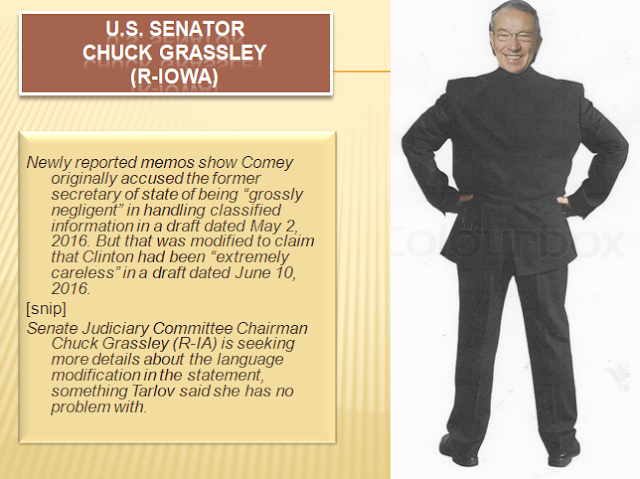