The group has been providing meals to the homeless for 27 years.

Excerpt:    Should Los Angeles enact such an ordinance, it would join a roster of more than 30 cities, including Philadelphia, Raleigh, N.C., Seattle and Orlando, Fla., that have adopted or debated some form of legislation intended to restrict the public feeding of the homeless, according to the National Coalition of the Homeless.

From the 2012 Annual Homeless Assessment Report 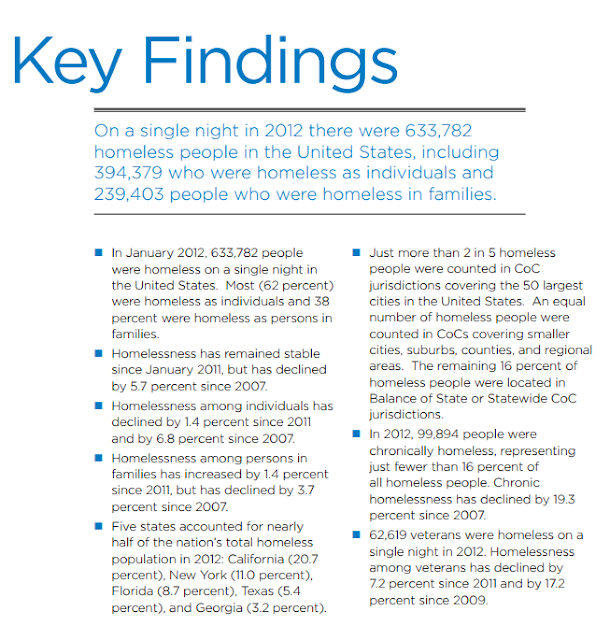