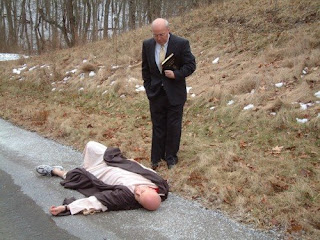 Companies are also moving to exploit the fact that millions of people have published information about themselves on the Web. Traditional lost-and-founds are migrating online, and a batch of start-ups and hobby Web sites have sprouted with the aim of harnessing people’s altruistic impulses to return lost items.
Posted by Retiring Guy at 10:05 AM