Why would anybody still bank with Wells Fargo? 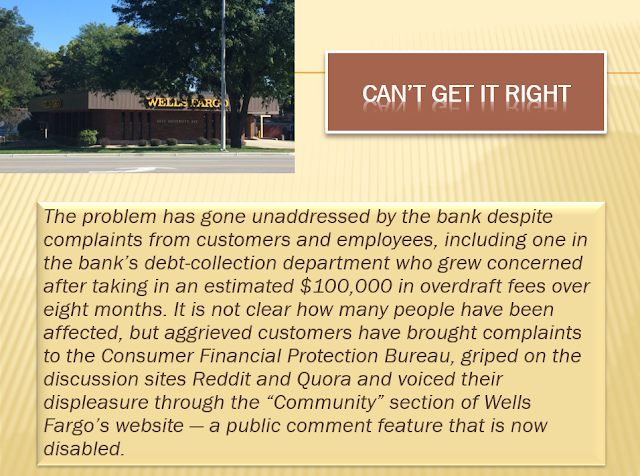 Wells Fargo Closed Their Accounts, but the Fees Continued to Mount.  (The New York Times, 8/16/2019) Just how expensive?  Maybe you can figure it out.


Most Americans have assumed their bank accounts are sacrosanct. But with the major scandal unfolding at Wells Fargo, angry former employees illuminate the alarming pressure that allegedly led local bankers to defraud perhaps more than a million customers.


Are you experienced? As part of the campaign, the company also will introduce a new visual identity, including an evolved logo, modern stagecoach, and digitally friendly colors and tone. For the first time in Wells Fargo’s 167-year history, the campaign prominently features Wells Fargo team members helping customers with their everyday financial needs.